“The tie-up offers a synergy as Reva car is a clean, green, technology product that is also plug and use, like the products sold through the Reliance Digital stores,” RECC President (sales and marketing) R.Chandramouli said. 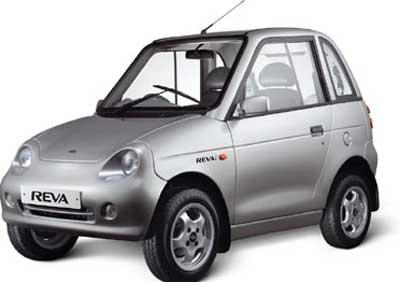 Reliance Digital President and Chief Executive Ajay Baijal said: “We are extremely buoyant with this tie up as it would be an unique initiative wherein a technology retailer would move beyond its regular frontiers to promote and sell a forward looking technology which would support the cause of a safer and greener tomorrow in the automotive arena.”

REVA also unveiled the lithium ion battery version of REVAi that promises better life and performance than its existing model. It has increases range and can be charged in one hour at special fast charging station.