Honda Motorcycle and Scooters India, the two-wheeler arm of Japanese auto maker, is developing a new entry level 100-110 cc motorcycle for the domestic market. As per reports, the upcoming Honda bike has been code named 'K23' and will share platform with the Dream Yuga model. 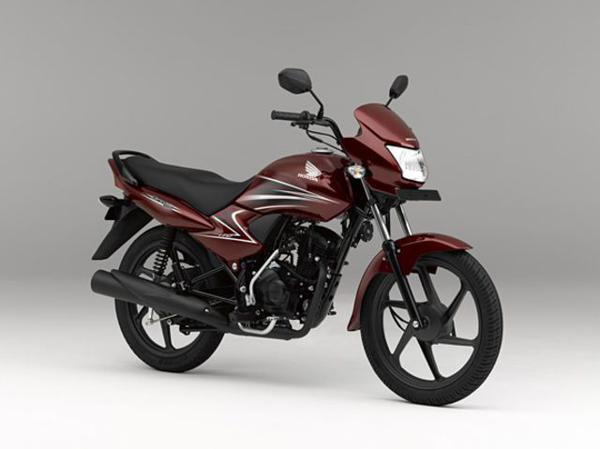 The yet-to-be launched Honda K23 bike is anticipated to take the entire competition by storm with its best-in-class fuel economy figures and aggressive pricing. The company is planning to sell around six lakh units of its K23 model during the 2014 fiscal year, which will be just one-fourth of the 2.2 million units sales recorded by its stiffest rival- Hero MotoCorp's Splendor range. At present, Hero MotoCorp offers 4 models in its best selling Splendor fleet, comprising the likes of Splendor+, Splendor NXG, Splendor Pro and Super Splendor. The upcoming Honda K23 will take head on the Hero MotoCorp's Splendor range, upon its launch in the Indian two-wheeler market.

Therefore, if Honda Motorcycle and Scooters India are successful in achieving its sales targets with the entry level K23 bike, it will end up taking away a huge share from Hero MotoCorp in the two-wheeler segment of Indian auto market. As per reports, during the 2013 fiscal, the two-wheeler arm of Honda witnessed a 400 basis points boom to 18.64 per cent, as against 14.85 per cent recorded at the end of 2012 fiscal in the country. Further, Hero MotoCorp witnessed its market share dropping to 43.01 per cent during the April to February period 2013 fiscal, as compared to 45.17 per cent reported in the year-ago period.

Expressing views on Honda Motorcycle and Scooters India's competition in the country, V. G. Ramakrishnan, Managing Director (MD), Frost & Sullivan, South Asia, has been quoted as saying, “Splendor has been one of the most successful models in the Indian two-wheeler space for decades. But that also shows it has been around for decades and needs revamping. Honda is in an aggressive mode, whereas Hero is the one defending. History has shown that the one on the defensive starts losing. So, Hero is bound to lose market share to Honda. The answer lies in flanking the Splendor family with an additional model that is not only aggressively priced but offers value on par with Honda, if not better.”

While refusing to provide specific details and information regarding the upcoming entry level bike from the company, Yadvinder Singh Guleria, Vice President, Sales and Marketing, Honda Motorcycle and Scooters India, said, “The 100-110cc motorcycle market is a very large market and with our existing product portfolio we have a limited representation there. We have said this before, we would be expanding the Dream series going ahead and we will be launching new products there. We can't comment more than this at present.”

At present, the Honda Dream Yuga entry level bike is offered to domestic buyers at price tags falling in the range Rs. 44,000 to 48,000, whereas the Hero Splendor comes with retail values between Rs. 40,000 and Rs. 45,000. The upcoming Honda K23 bike is expected to bear price tags around the same range and could play a major role in helping the company to up the ante against Hero MotoCorp in the entry level two-wheeler segment of Indian auto market.