DC Design, the famous Indian car customisation company, is planning to launch its new showroom in Mumbai. This showroom will be officially launched on 2nd of August and will be situated on Dr. E Moses Road in Worli. It must be noted that the renowned company already has many showrooms and workshops in cities all over the country, such as Delhi, Mumbai, Pune, Gurgaon and Chennai. This new showroom will be the second DC Design unit in Mumbai, a city with a high number of car enthusiasts. 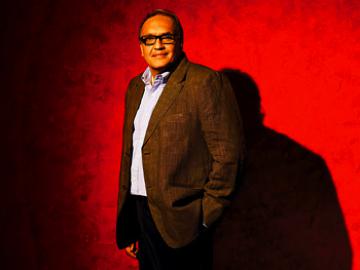 With the recent launch of Aadivenoo Motors in Pune, DC Design presently has 13 showrooms spread across different parts of the country. At a press conference, Dilip Chhabria, Head of DC Design, told that the company intends to open six more showrooms in the near future. On being questioned about the impact of the recent slowdown in car customisation business, Chhabria replied that the industry mainly caters to people in the upper class segment. According to Chhabria, the targeted customer base of DC Design is hardly affected by the slowdown.

Apart from this, DC is also planning to open a manufacturing plant in Talegaon. Elaborating on the same, Chhabria said, "We would import the engines from Europe and manufacture the cars right from the scratch." Sources say that this unit will be run by the name of DC Avanti. This is the first occasion that the company has tried to test its hand in the manufacturing segment of the auto industry.

Its new plant will initially foresee the production of Avanti sports car (expected price Rs. 25 lakh), which was first showcased at the 2012 New Delhi Auto Expo. The company's head further told that during the initial phase, production will be limited to 4000 units. Following this, older models will be phased out to make way for new ones. All vehicles produced by DC will fall in the price range of Rs. 25 to Rs. 30 lakh and will target youth and middle aged executives.