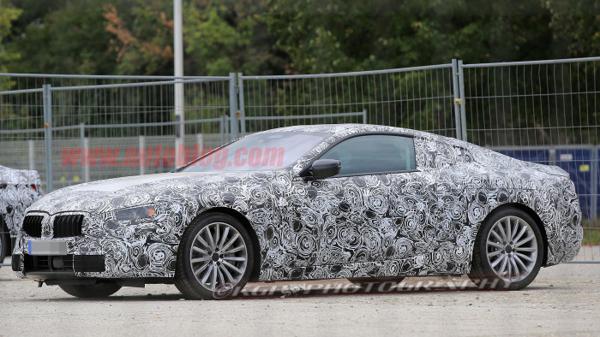 Over the years there’s been a lot of rumours about BMW bringing its 8 Series back to life. And from the spy shots that show the car’s grille and the long sloping roofline, it finally looks like BMW is on track to revive its Grand Tourer which was originally produced between 1989 and 1999.
While there have been a few concepts, revealed over a period of time, that indicated a likely comeback for the 8 Series, it was never confirmed by the brand. However, their true intention was revealed when the car maker trademarked a number of model names, including M850 and M8.
As the 8 Series is a full-sized luxury coupe based on the 7 Series saloon, it will lock horns with the Mercedes-Benz S-Class coupe. Currently, there’s no information about the engines that may be offered on the 8 Series, but stay tuned to CarTrade for more on this. Honda cars to cost more from this month