One of the leading bike makers in the country, Bajaj Auto, is planning to increase its sports bike range by introducing new models in the coming year. The joint venture between Bajaj Auto and Austrian firm KTM is going to launch two more racing bikes, company officials confirmed. Amit Nandi, Vice President, Bajaj Probiking, said, “Bajaj-KTM will launch two variants of the RC brand of 'faired' racing bikes in the calendar year 2014 under the sub-500 cc category.” 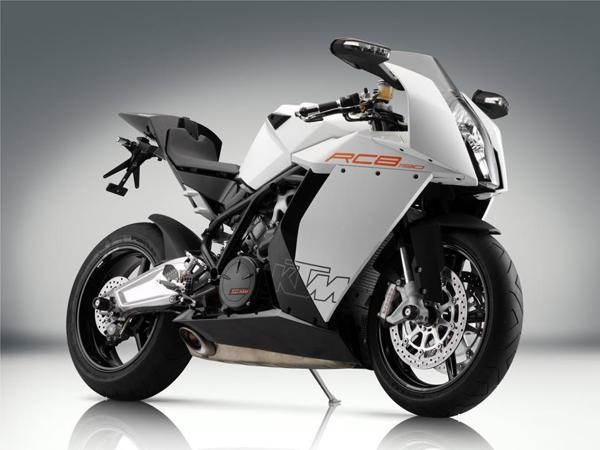 He further added that the firm had sold close to 8000 units of KTM bikes in the fiscal 2013. Bajaj-KTM has not made an official announcement about which two racing bikes will be launched. However, industry experts believe that the two motorcycles might be RC200 and RC390. Interestingly, during the period, the company was also involved in the export of approximately 25000 units of the same to regions like Latin America, Southeast Asia and Europe. As compared to nude bikes, racing bikes have covered engines, which facilitate stability at high speed and enhanced aerodynamics.

According to company claims, the racing bike segment is becoming one of the fastest growing in the two-wheeler space. The potential growth of under-500 cc segment of the bike market has triggered immediate actions from Bajaj-KTM, who are looking to capitalise on the same. KTM bikes, in India, are manufactured at Bajaj's Chakan plant, which is located in Pune.

The KTM Duke 390, launched recently, is a superb motorcycle fitted with a powerful engine that generates up to 35 Nm of torque. It can be purchased from exclusive KTM showrooms at a price of Rs. 180000 (ex showroom, Pune). The aggressive pricing of the KTM Duke 390 has put it in direct competition with the likes of Honda CBR 250R and Ninja 300. Officials from the company are pretty enthusiastic about the launch of the KTM Duke 390. “KTM is a sharply differentiated brand which in a short span of time is the largest selling premium motorcycle brand in India. This position would be further strengthened with the launch of the 390 Duke," said Amit Nandi.