Audi has announced that it is going to strengthen its future commitment in Formula E - the world’s first racing series for fully electric race cars. The upcoming season begins in Hong Kong on October 9 and Audi has revealed that it will increase its involvement in the team ABT Schaeffler Audi Sport. 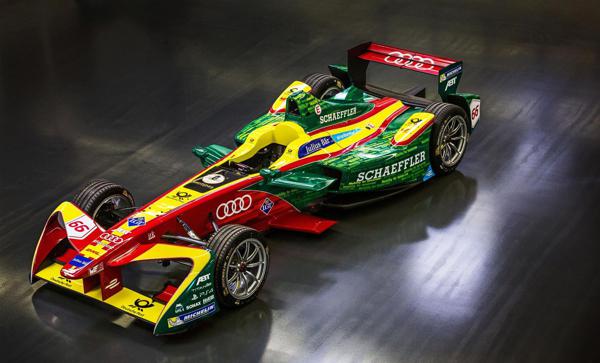 In addition, the brand is planning to incorporate Formula E into a factory-backed motorsport program as of the 2017/2018 season. Audi is aiming to evolve into one of the leading car manufacturers in electric mobility space. By 2025, every fourth Audi model is expected to be an electric vehicle. The first model for this is planned to be an SUV which Audi will present in 2018.

Head of Audi Motorsport Dr. Wolfgang Ullrich said, “Audi has consistently been using motorsport to test and develop new technologies further for subsequent use in production. In the 24 Hours of Le Mans, Audi was the first manufacturer to have achieved victories with a TFSI engine, a TDI and a hybrid race car, so writing motorsport history on several occasions. Now we intend to repeat this in fully electric racing. Formula E with its races being held in the hearts of major cities is an ideal stage for this purpose and Team ABT Schaeffler Audi Sport a logical partner for us.”

The fully electric single-seater race car will be sporting Audi’s new liveries on the race track for the first time from Monday at the Donington Park in the UK where the final tests will be held before the Formula E season starts in Hong Kong. The 2016/2017 season calendar currently features twelve races in ten international metropolises with two final races set in New York on July 29 and 30, 2017.