The German luxury car maker has announced special offers for its customers in India for its A6 range of cars. It has announced zero percent financing offer and extended four years warranty for its A6 range of cars that includes four variants 2.8 FSI, 3.2 FSI quattro, 2.7 TDI and 3.0 TDI quattro. The current warranty on Audi cars is available for two years which will be now available for two more extended years. The extended warranty will include all items which are covered in the initial two-year manufacturer warranty. 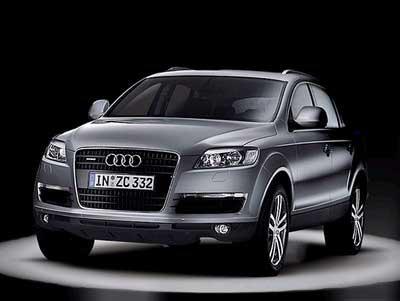 ''The Audi A6 is one of Audi's most successful exclusive models in India and this initiative will enhance the customer value of the car,'' Audi India Managing Director Benolt Tiers said in a statement.

Earlier the company had announced reduced prices for its models in India after the government announced four percent reduction in the excise duty. The entire Audi range of cars in India includes Audi A8, Audi Q7, Audi A6, the new Audi A4, Audi TT. It has recently introduced Audi R8 sports car in India as limited edition. All 12 models are already sold out in India. All Audi cars are available through twelve dealerships from the company in India.