There was a time when the humble Ambassador sedan was considered a status symbol in India, however, it lost its charm over the years and is used mostly by taxi fraternity at present. Despite being only BS III compliant, it is still running only due to special consideration from the city's road transport authorities. However, at the Hindustan Motors Uttarpara plant, a new BS IV version of the Ambassador has been revealed, which looks ready for its commercial launch in the country. 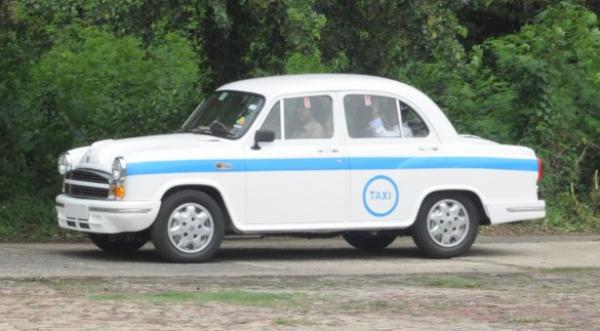 The new BS IV version of the Ambassador sedan gets a 1.5 litre diesel engine and the vehicle was driven by several members of the various Kolkata taxi associations. Extensive driving sessions were undertaken on the company's testing track, located within the manufacturing facility. Following these sessions, dealers and senior functionaries of taxi associations found the power and torque in the new vehicle superior to the earlier BS III versions.

Speaking about the drive, Bimal Kumar Guha, General Secretary of Bengal Taxi Association said, “I myself drove the BS IV Ambassador over several laps of the test track and found that the new vehicle offers higher power and torque, better vehicle control with power steering, improved gradient negotiating capacity, better cooling and overall better driveability with no compromise on fuel consumption. Of course, it meets the emission norms. I could not detect any smoke.” This new vehicle is expected to be introduced soon in the Indian auto market. In 17 metropolitan cities of the country, Ambassador BS III had been banned since April 2010. In addition, the iconic vehicle may also get a new name prior to official launch

Interestingly, Hindustan Motors, which also sells Mitsubishi models in the country, would not rest after launching this vehicle. Instead, a sub 4 metre version of the Ambassador could also be seen later in the year. Apart from this, a separate hatchback version of the vehicle with better interiors and technology is also in the pipeline as per reports. It remains to be seen whether the new vehicle will have the technical prowess necessary to take on competition from modern sedans. The Amby may be old but is still respected by domestic car enthusiasts, and with a modish image makeover could challenge contemporary sedans with aplomb.