Compact Sports Utility Vehicle (SUV) Renault Duster has been doing well in the Indian auto market, since its launch in July 2012. At present, Duster is the best selling model for the French auto maker and contributes a major fraction to its profit margins in the country. To counteract competition from Ford EcoSport, Chevrolet Trax and others, Dacia Duster, as it is known in international markets, has undergone a facelift and would be displayed at the 2013 Frankfurt Motor Show. 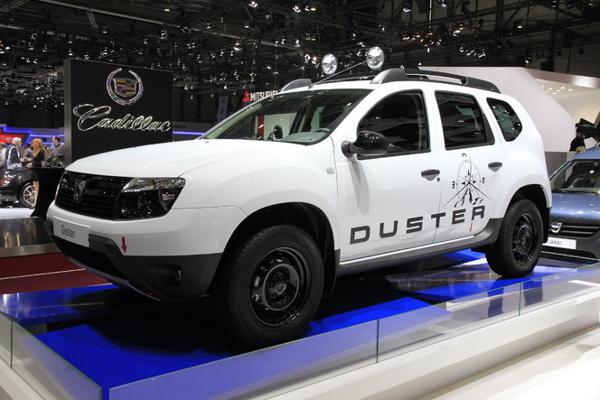 The camouflaged test mules of the Dacia Duster has been observed on several European roads. Though the front and rear of the vehicle were covered in the test mules, it is speculated that the vehicle would get new headlamps, a revised front grille and bumper. At the rear, a new set of combination lights are expected to go up to the tail gate, which seems somehow redesigned. However, the side profile of Duster facelift looked similar to the current generation model.

Minor changes would be noticed on the inside of the 2013 Duster. For instance, the vehicle's audio system seems to borrowed from the luxurious sedan Fluence, while its steering wheel gets mounted audio controls. It is likely that the new facelifted model would get cruise control system and an ‘ECO’ driving mode for economical driving.

As per industry sources, no changes are expected in the engines of the revamped Dacia Duster. It will continue to sport the 1.5 litre K9K diesel motor, but a new Eco2 package could be installed for lowering emissions. At present, the Duster comes in two engines, which have three power variants. One of the diesel versions gets 84 bhp of power, while the other produces 109 bhp of power, though both have the same 1.5 litre K9K motor. On the other hand, petrol trim is powered by a 1.6 litre powertrain that generates 103 bhp of power.

Of late, a huge threat is posed by the upcoming Ford EcoSport towards the market leadership of Renault Duster in India. American car maker Chevrolet is also expected to be working towards the launch of its compact SUV Trax in the country later this year. Experts believe that the Duster facelift would be seen in India as well as international markets.