How Does A Car Carburetor Work?

Most new cars these days come loaded to the gills with all sorts of sensors and gadgets. One yearns for the ‘good ‘ol days’ back when cars were driven by drivers and not computer things. There was a steering, some sort of braking and a motor connected to the wheels and the steering. Ask the average owner today on how does a car carburetor work & you are likely to get an incredulous look, not dissimilar to if you’d asked them as to what dinosaurs ate for breakfast. 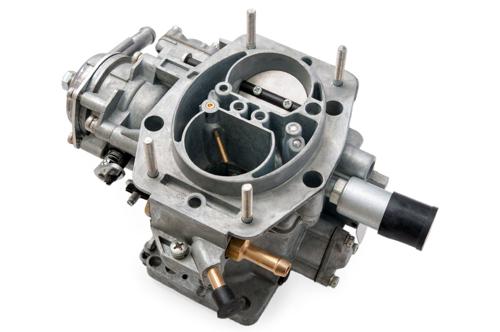 How does a car carburetor work

The auto guide offers a brief primer into the beautiful world of carburetors and the magical influence they yielded over how the engine performed. A car is said to be performing well when the air-fuel mixture burns cleanly. What this means is that there’s no overheating or black smoke coming out the tailpipe; there’s no excess heat buildup and power development is normal. It all depends on the air-fuel ratio and this is where the carb comes in. A mechanical device that’s relatively simple in its purpose, but goes about its job with such wizardry, you’d be forgiven for calling it a magic.

To begin understanding how does a carburetor work becomes easy when you grasp the fact that it uses the vacuum in the engine to function. The volume of air being moved through the venturi (narrow opening) is regulated by the throttle input. The jet, which sits inside the venturi, regulates the amount of fuel being mixed with the air. Simple in its approach, it all depends on the throttle input, as the more the throttle one gives, the larger the amount of air & fuel being pushed to the cylinders for combustion.

So what happens when idling? Now at idle, the throttle would be typically closed & going by the explanation above, it would cause the engine to stall. Which is why we have the idle jet. What this jet does is that it allows just the tiny amount of air and fuel to pass to the cylinders, to keep the engine from stalling.

So that’s it for a basic primer on the carburetor. A more exhaustive auto guide would be needed to delve deeper into the intricacies of the carburetor, especially if one is to truly explore the working fully & understand the impact it has single handedly had on the evolution of motoring.