This Valentine's Day, Volkswagen (VW) India decided to offer buyers a special edition of its popular hatchback, Polo. The new edition is known as SR (Sports Racer) and has received several cosmetic changes. With this move, industry experts believe that the German manufacturing giant is making an attempt at pushing the sales of the Polo's petrol variant. 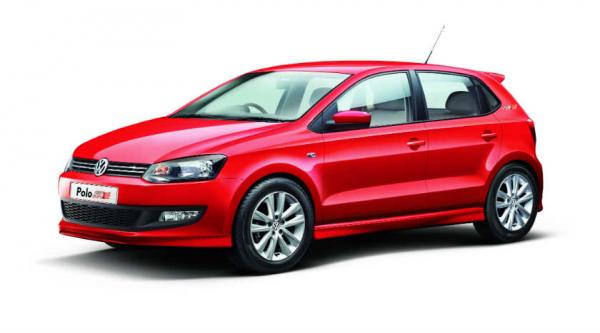 The new model gets an 'Aero Sports Package', which includes new skirts, a rear roof spoiler, chrome exhaust, chrome stripe on boot, 15-nch alloy wheels and SR badges. Certain additions have also been made to the interiors, such as an adjustable steering wheel with mounted audio controls and a climatronic AC. The SR also comes fitted with an upgraded RCD 320 2-Din music system with 4 speakers, USB, Aux-in and Bluetooth connectivity. However, the car will retain the 1.2 litre, 75 bhp engine that is fitted in the original Polo, which has been mated to a 5-speed manual gearbox.

VW Polo SR has been launched at a price tag of Rs. 6.27 lakhs (ex-showroom, New Delhi). At this price, it is slightly higher than Polo's top-of-the-line variant, the Highline, which is offered at Rs. 5.84 lakhs (ex showroom New Delhi). Interestingly, the sales of VW Polo have increased to 4,579 in January 2013, after a price correction seen towards the end of the previous year. Though the Polo SR is more expensive than Maruti Swift ZXi, it gets better features such as parking sensors, a Bluetooth audio system and better build quality.

Recently, the Highline variant of the Polo has already seen upgrades. The company expects this racer to boost the sales of VW in India. However, those looking for more power should wait for the 1.2 litre TSI Polo, to be launched in the next few months. This particular model is expected to generate a phenomenal power output of 105 bhp. Industry experts believe that based on customer feedback, VW may even consider launching a diesel variant of the Polo SR.

A car that drives all by itself, Oxford University did it!