The globally popular performance beast Bugatti Veyron has been proud possession for its owners. Until now, the company has produced only about 450 trims ever since it began production in 2005. The company first trim to be produced would be auctioned by RM Sothebys at a function Monterey California. The auction would be held on 13th August. 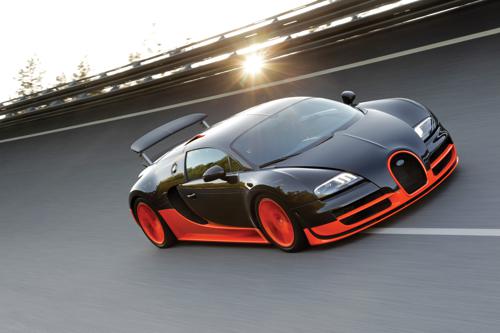 The company would probably auction the first trim at a price range between USD 1.8 million to about USD 2.4 million. The vehicle up for auction has reportedly only covered a distance of about 1287kms and has a complete service record and tyre replacement work undertaken by the company itself.

Under the hood, the Bugatti Veyron gets a 8.0-litre quad-turbo W16 engine that is capable of producing a massive 1001 bhp of power. The vehicle comes with an all wheel drive system that is mated to six-speed DSG along with an AWD system. The car up for auction features the familiar two-tone shade of black and red. The interiors have received a neat combination of beige with sport seats. Ranbir Kapoor is the new Brand Ambassador for Renault India

New Bajaj Avenger to be launched by the end of 2015