The highly popular Ambassador car was voted as the 'world's best taxi' by 'Top Gear', a BBC owned car magazine. The manufacturer, Hindustan Motors, is planning to give the car a makeover and launch this smaller version by the end of this year. The Ambassador enjoyed a prolonged period of dominance in India, and a few years back, one could have easily spotted a high number of these on the road. However, the car lost its footing in the market after the entry of models that were compact, stylish and more powerful. The smaller version of the Ambassador will be loaded with a number of new features. In addition, the maker has plans to roll-out a completely new-look vehicle from its plant in Uttarpara. 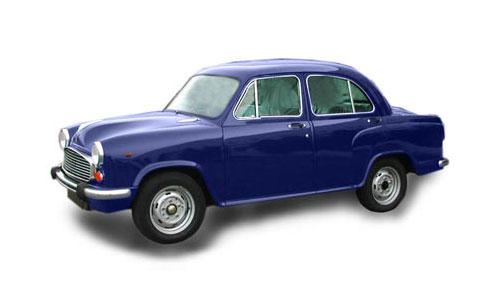 Changes in the new Ambassador were explained by Uttam Bose, the Chief Executive Officer and Managing Director of Hindustan Motors Ltd. According to him, this car will have reduced boot space but the cabin space will remain the same. The vehicle will be shorter in length, less than 4 metres; as a result of which it will attract lower excise duty and consequently, lower price.

Bose, however, was quite reluctant in providing much detail about the new model. He said that “the new model will be on the existing platform, but will have many new and advanced features that exist in other automobiles. It will have some prefix or suffix to the 'Ambassador' brand and will sport a peppy and youthful look. It will also have new features sought by young and modern customers and will be competitively priced, offering ideal value for money”.

In the recent past, things have been improving for Hindustan Motors, which is a part of the C K Birla Group. There has been a substantial increase in the sales of the car and also, the order book for the coming months is good. Industry experts feel that the figures could have been better had the diesel-powered models been fitted with BS-IV compliant engines earlier.

Uttam Bose has been a key figure in the planning and execution of company's revival strategy. He threw some light on this subject and stated that "We decided to focus on customer feedback and sent our sales teams all across the country to meet existing and potential customers and other stake-holders. We discovered that the Ambassador still commands tremendous brand loyalty and needs no introduction".

He stressed on the kind of status Hindustan Motors Ambassador enjoys in the rural and semi-urban areas of the country. According to him, a common man in these areas sees politicians or bureaucrats travelling by Ambassador and thus, considers it to be a ‘VIP’ car. Automatically, it makes Ambassador an aspiration car for him. As a result of this, the company has been able to find a potential market for the car in these parts of India.

Tata Motors plans to develop hybrid and electric vehicles till 2020