As a result of the continuously falling value of rupee in the past few months, petrol prices have been hiked for the third time in the month of June. Even after two previous hikes, petrol prices gave been increased by Rs. 1.82 per litre, excluding taxes. The price of petrol was increased by Rs. 0.75 per litre on June 1 and Rs. 2 per litre on 15th of the same month. According to the Indian Oil Corporation, the fall in the value of rupee combined with the hardening of crude rates in the international market has lead to this price hike. Including local taxes, a litre of petrol costs Rs. 68.58, Rs. 76.10, Rs. 76.90 and Rs. 71.71 per litre in Delhi, Kolkata, Mumbai and Chennai, respectively. 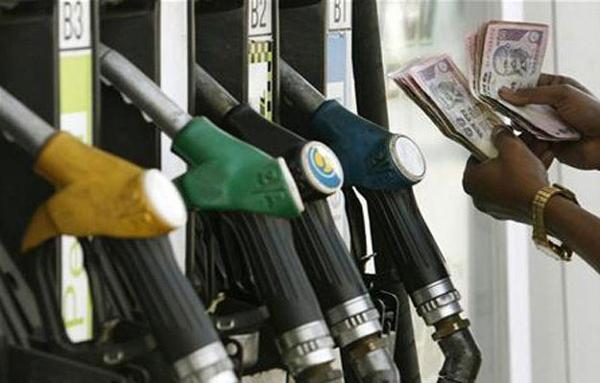 The IOC said that the two reasons that led to the price hike have also effected a rise in the under-recoveries, which were incurred on the sale of diesel, kerosene and LPG. The depreciation of the Indian rupee has lead to price rise, which has not been taken well by the people. Indian government has been receiving a lot of flak from both, the opposition party and the public. Yashwant Sinha, a senior leader of the Bharatiya Janata Party (BJP), criticised the Congress-led UPA government, accusing them of losing control over the economy and economic policies. He said that in the current scenario, the Indian economy is in a state of chaos and the government deserves to take the major blame for the same. Joining Yashwant Sinha, BJP spokesperson Sudhansu Trivedi accused the UPA government of following wrong economic policies in the past nine years.

Along with this, the government, for the first time in three years, has approved the proposal to increase the prices of gas, as well. According to Finance Minister P. Chidambaram, the decline in domestic output has resulted in the rise in the LNG import. He said that this is a tough macroeconomic situation, which has forced the government to double the prices of gas, owing to low domestic output.