Honda Motorcycle & Scooter India, the domestic two wheeler arm of Japanese auto maker, has introduced a new generation model of its sports performance bike CBR 250R in the country. Priced between Rs. 1.5 lakh and Rs. 1.8 lakh (ex-showroom Delhi), the recently launched model has been equipped with a liquid cooled 4-stroke, 4-valve single-cylinder engine, which has a displacement of 250 cc. 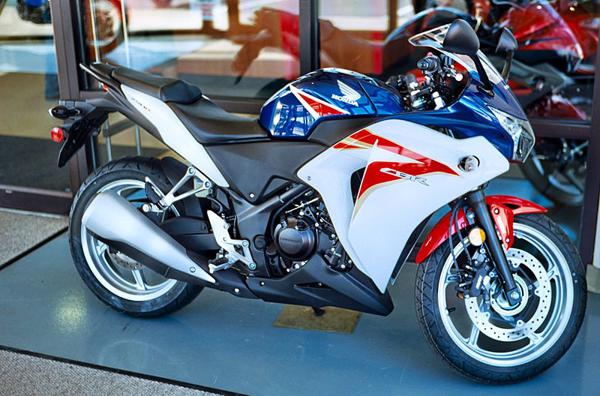 Speaking at the launch ceremony, the Vice President (Sales & Marketing) at Honda Motorcycle & Scooter India, Y S Guleria was quoted as saying, “We have enhanced the aesthetic appeal of CBR250R by introducing four new colours catering to expectations of Indian racing fanatics.”

Reportedly, the 2013 edition of CBR 250R has been put to sale across all the authorised dealerships of Honda India. It must be noted that at the launch ceremony, the company said in an official statement that it is also offering a special edition Repsol colour in its new bike, which has been tagged with a price of Rs. 1.9 lakh (ex-showroom Delhi). Reportedly, this limited edition bike will be offered for sale till October 2013 only in C-ABS variant, which includes cutting edge Anti-lock Braking System (ABS).

On this model, Guleria further said, “The limited Repsol edition shall bring the racing DNA of Honda Repsol team's MotoGP bike for young racing enthusiasts and we are confident it will be well received by them.”