Mitsubishi and Nissan have together showcased a new small car, which has been jointly designed by both auto makers. Reportedly, the model introduced by Nissan will be marketed as Dayz, whereas the Mitsubishi’s vehicle will be named as eK. Interestingly, both companies will sell their respective models in two different variants. Nissan will offer its two variants as Dayz and Dayz Highway Star, whereas Mitsubishi is expected to market it with the name of eK Wagon and eK Custom. 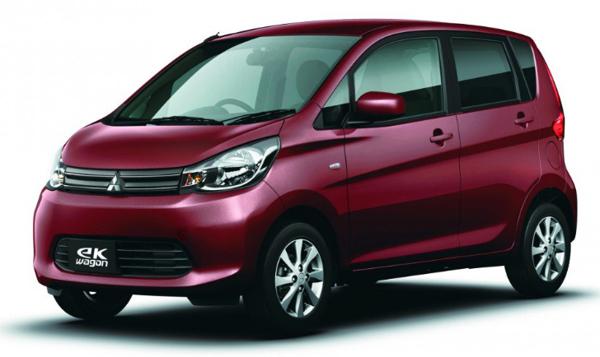 Sources revealed that the planning for the new model was carried by NMKV Company Limited, which is a joint venture division formed by Nissan and Mitsubishi. According to sources, the difference between models of both the auto makers will be highlighted by the grille, bumper, colour options and wheels. Confirming news of their models, in an official statement both the auto makers were jointly quoted as saying, “The product planning and development of the new models was conducted by NMKV Co., Ltd., a joint venture formed by Nissan and Mitsubishi Motors to develop minicars for the Japanese market.”

Experts are of a view that these models are developed as a part of an agreement between both the Japanese companies, which was signed between the senior officials of Nissan and Mitsubishi in 2010. Industry experts believe that the only purpose of this move was to design and develop minicars, especially for the Japanese auto markets. It must be noted that the auto makers have not revealed the pricing of their upcoming minicar. Individuals close to the development process said that the agreement between the two auto makers will not end mere rolling out just two products. Instead, the auto companies are expected to introduce a big sized wagon, which is anticipated to witness the daylight somewhere in 2014. The launch of this minicar is expected to take place somewhere in the first quarter of the next fiscal, but will be only limited in Japan during the initial stages.

NMKV is said to be responsible for planning, development, design and establishing distribution network for these models. The company’s move to develop minicars happens to be a part of its plan to extend the scope of cooperation between both the Japanese auto makers. From the Indian perspective, apart from launching Dayz model, Nissan is looking ahead to bring its Datsun brand in the country, whereas Mitsubishi is focussing towards attaining a strong foothold in the Sports Utility Vehicle (SUV) segment of the Indian auto market.