It seems as if the auto makers in the Indian car market are undeterred by the currently prevalent slowdown. The past few months have seen several vehicles being launched by a number of car companies, such as Nissan and Mercedes-Benz. And if sources and rumours are to be believed, this series of introductions is going to continue as the festive season is approaching. Volkswagen Group owned Czech auto maker Skoda is planning to unveil the third generation of the Octavia, which has been one of its most successful cars. The company made an official confirmation regarding the unveiling of the new Skoda Octavia, which is slated to be held in Mumbai on the 9th of August. 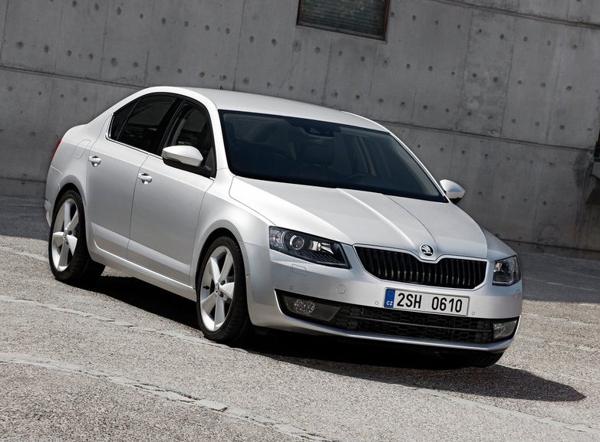 Industry experts feel that it would not be long before the new Skoda Octavia hits Indian roads, given previous trends and the small gaps between the unveiling and the official launch. The Czech auto maker has been enduring a torrid time off late due to the slowdown in the market coupled with the cold response to the Fabia hatchback. However, it hopes to turn around its fortunes by introducing the fastest Skoda Octavia ever, hoping for a positive response given the performance history of previous versions. It is believed that the new Octavia will be launched alongside the Laura. Analysts feel that the entry of this car is going to make the mid-size segment more competitive. It is also being said that the Czech auto maker will continue with the Laura until it introduces an entry-level variant of the new Skoda Octavia.

Apart from car lovers and critics, the launch of the new Skoda Octavia is being looked forward to by officials from the company as well. Alasdair Stewart, the Brand Director for Skoda UK, was quoted saying, “The new Octavia vRS has a very special place in the heart of everyone at Skoda. “It unites our love of motorsport, sharp design and bold engineering, and is one of the most exciting cars we’ve ever made. We’re confident that the new Octavia’s unique mix of space, practicality and performance give it a real edge in an area of the market where we have enjoyed fantastic growth over recent years.”

The new Skoda Octavia is based on a popular Volkswagen platform, known as Modularer Querbaukasten (MQB) or Modular Transversal Toolkit, its English translation. MQB platform is based on concept that uses a matrix of components to produce safe, comfortable and fuel-efficient cars with reduced emission levels. Several changes are expected in the new Skoda Octavia in terms of styling, spaciousness and interiors. Already up for sale in European markets, it will feature acoustic rear parking sensors, daytime LED running lights and automatic post collision braking system. Skoda is likely to introduce two engine variants of the new Octavia. One version will be equipped with a 1.8-litre TSI turbocharged petrol engine while the other is expected to be powered by 2-litre TDI diesel unit. It is expected to compete with the Volkswagen Jetta, Hyundai Verna and Toyota Corolla Altis.