General Motors, the American auto maker, seems to be preparing for the launch of new generation Chevrolet Spark somewhere in the later half of fiscal 2015 in the international auto market. With this recent development, industry experts are of a view that the launch of new Aveo hatchback will be postponed, which was scheduled to make its debut in 2016. It must be noted that Spark is marketed as Beat in few countries. As per the spokesman of General Motors, Choi Jong-hak, “The management said it originally planned to launch the redesigned Aveo in late 2015, but the plan was pushed back. It also said it will produce the new Spark in the first half of 2015.” 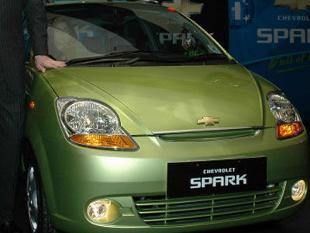 Reportedly, the auto maker exports its Spark and Aveo models to the auto markets of United States, Europe and several other developed regions. It must be noted that General Motors has rolled out more than 2.15 lakh units of Spark globally, among which 70 per cent of the total sales was reported out of the America. Chevrolet Beat was initially launched in 2009 and since then has received a number of overhauls in the international auto markets.

Industry experts are of a view that the India bound model of Beat will also witness a number of changes on the designing front. It is believed that The launch of a new hatchback is expected to create buzz in the Indian auto market, which is currently going through some of the not so favourable conditions.