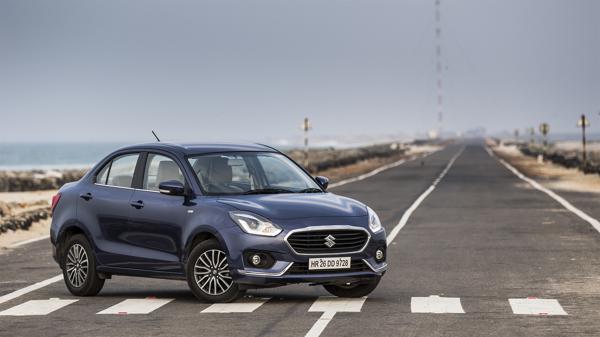 The new Maruti Suzuki Dzire has crossed a new milestone with 3 lakh units sold since its launch in May 2017. In 17 months of its launch, the new Dzire has witnessed a sales growth of over 28 per cent. Based on a new Heartect platform, the new Dzire is now lighter by 105kgs. Interestingly, for the first time, the vehicle gets an AMT option across a wide number of variants. Moreover, the company sells 18,000 new Dzire units on an average every month.

Speaking on the occasion, R S Kalsi, Senior Executive Director, Maruti Suzuki India, said, “The new Dzire meets the aspirations of young and indulgence seeking Indian customer. The testimony to it is 25 per cent of customers have opted for the top variants, which are loaded with new features. The hugely popular Auto Gear Shift (AGS) technology is available on more variants of the Dzire, starting from the V trim up to Z and Z+. Nearly 20 per cent of buyers have chosen the automatic variant. We thank our customers for their tremendous support to all new Dzire.”

The new Dzire continues to be powered by existing petrol and diesel engine options. The 1.2-litre K-Series engine produces 83bhp/114Nm while the diesel version is powered by a 1.3-litre Multijet engine producing 75bhp/190Nm. Both engines can be had with a five-speed manual or a five-speed AMT from the VXi/VDi variant onwards.

Next generation Hyundai Santro to be unveiled tomorrow