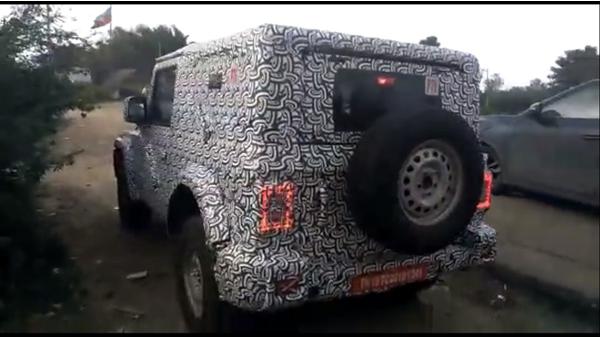 Last week we had revealed that the new Mahindra Thar will be the first product from the company to be launched in India, post the Coronavirus (COVID-19) lockdown period. Ahead of its anticipated launch in September or October, the automatic diesel variant of the new Thar has been spied in India. The heavily camouflaged model is production ready and will be offered with an automatic transmission for the first time at the time of launch.

It is believed that the new Mahindra Thar diesel will be powered by a BS6 compliant 2.2-litre mHawk engine. This engine will get six-speed manual transmission as standard and six-speed torque converter option. Additionally, the off-road vehicle is also expected to get a 2.0-litre turbocharged petrol engine in manual and automatic transmission options. It is to be seen if the petrol guise will be introduced at the time of launch. 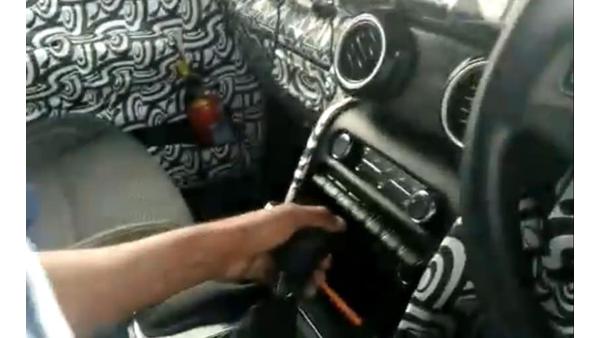 The new model will be larger in dimension as compared to the outgoing model and it is expected to be underpinned with an all-new ladder-on-frame platform. The SUV will feature a factory built hard top version in addition to the soft top variant. The new Thar is also expected to ride on bigger 18-inch alloys with a five-spoke design. The rear section is expected to get LED taillamps. The spied test mules also featured a large spare wheel mounted on the rear door.

As for the interior, the new model will get an all-new instrument cluster that features a two-pod dial separated by a digital MID. Previous spy images of the next-gen Mahindra Thar revealed that the model will feature a touchscreen infotainment system, HVAC controls on the centre console, steering wheel mounted controls, front power window buttons sitting next to the handbrake lever and circular HVAC vents. The feature list is also expected to include a beige leather upholstery. The 4x4 transfer case has also been repositioned and now sits to the left of the gear lever, unlike the current gen model where it is positioned to the right side.