New Launches from Skoda Next Year

Czech auto maker Skoda is planning to launch four new car models in the Indian auto market. “We will be introducing a small car at a little over Rs 3 lakh,” said Thomas Kuehl, board member (sales and marketing), Skoda Auto India.He also said India will be the first market where this car will be launched and an estate/variant of the Skoda Fabia is also being

tested for the Indian market.” The company intends to launch a new SUV Yeti in 2010 which will be unveiled later this year at the Geneva Auto Show. “Feasibility studies are on for that, and also for the Roomster, which is an MPV,” said Ashutosh Dixit, GM, sales and dealer development. 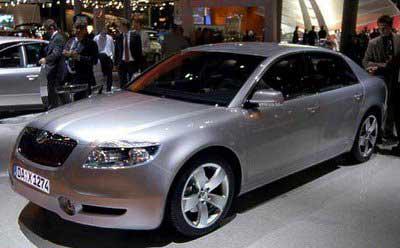 Skoda recently launched the diesel models for its sedans Superb and V6 petrol versions. It is now targeting the mid-market segment by revamping its 7-year old model Octavia. One of the most important upcoming launches from Skoda would be a small car that would be priced just above Rs. 3 lakhs. India would be the first market in the world to get this new car from the company.

The company intends ramping up its Aurangabad plant capacity where the cars are assembled with five per cent locally-sourced components; as well as launching four new models by next year!