Mercedes-Benz India, the domestic arm of German auto maker, has officially announced that it will be launching the diesel variant of its well appreciated B-Class model in the country on July 11, 2013. Interestingly, the petrol guise of the B-Class was brought to the Indian market in September last year and now the German auto maker is planning for the launch of its diesel guise. It must be noted that it will be powered with the same 2.2 litre diesel engine, which has been doing a good in the A-Class CDI. 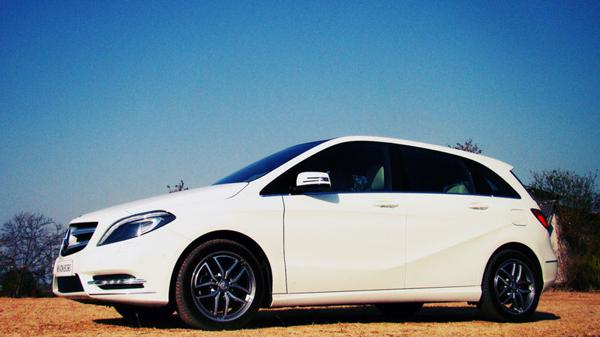 Interestingly, the 2.2 litre diesel powertrain will share its components with the CDI variant of the 170 bhp C-Class and 203 bhp E-Class models. However, the maximum power produced by the engine of B180 will stand close to 107 bhp with a peak torque of 250 Nm. The B-Class premium hatchback has been based on the Modular Front Architecture of the German auto maker. With the help of a seven-speed dual-clutch transmission system, the upcoming diesel version of B-Class will be transmitting the output to all front wheels of the model.

Sources close to the development process stated that the diesel guise of B-Class will be introduced only in lower trim ‘Style’ spec, so that it can pull in some decent volumes for the company. However, its petrol guise has been introduced in both 'Style’ and ‘Sports’ trim, which has been also doing good in the market. It must be noted that since the model will not be introduced in the Sports trim, it will miss out the panoramic sunroof and will feature the 16-inch wheels, in place of 17-inch alloy wheels. Similar to the price of A-Class, industry experts are of a view that the B180 CDI will be priced lower than its petrol Sports model.

Nissan Micra facelift to launch on July 3 in India