Mahindra & Mahindra, the country leading utility vehicle maker, is developing new cars based on its Verito model in both compact sedan and hatchback guises, for the domestic car market. As the Verito has done quite well since its rebadging from Logan, the company has decided to strengthen this name further by developing a compact sedan and hatchback based on it. The new vehicle will be known as Vibe and as per initial pictures, it exudes sportiness, through which youth would be targeted through this unique name. Interestingly, this new name does not have an ‘O’ ending, unlike all other Mahindra vehicles such as Quanto, Scorpio, Bolero and the new e2o. 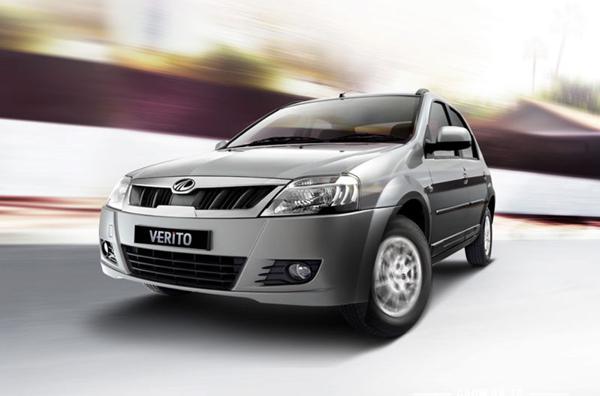 On the engine front, the upcoming Vibe models would come fitted with the 1.5 litre K9K powertrain, same as the one used on the current Verito. Originally created with Renault, this engine delivers a maximum power output of 65 bhp with 160 Nm of peak torque. In the compact sedan segment, this vehicle would look to take on competition from market leaders like Maruti Swift DZire and Tata Indigo eCS.

In comparison to the Vibe compact sedan, Tata Indigo eCS develops slightly more power at 69 bhp. Instead of a 1.5 litre diesel engine in the Vibe, Indigo eCS is powered by a 1.4 litre powertrain. Experts believe that it would be tough for the yet-to-be launched Vibe to compete against Indigo eCS, which has been a decent seller in the compact sedan segment of the domestic car market. However, Mahindra & Mahindra looks certain to come prepared for a battle in the entry level sedan segment.

In the hatchback segment, Mahindra Vibe would be in direct competition against the Hyundai i20 and Maruti Swift. The exciting thing to note here is that Vibe hatch is expected to be competitively priced with low excise duty, since it would be lesser than 4 metres. Despite the size, it provides good amount of luggage space and interior space. The new compact sedan could be launched as early as May 2013 and it remains to be seen what kind of vibes this vehicle strikes with the Indian customer.

Interestingly, though manufacturers such as Mahindra and Tata Motors predominantly look to make utility vehicles, it seems that these companies also want to immerse themselves further in the compact sedan segment. It remains to be seen how well the upcoming Vibe will be able to take on competition from market leaders Maruti, Hyundai and Tata Motors.