Launch of Mercedes-Benz B-Class Diesel just around the corner 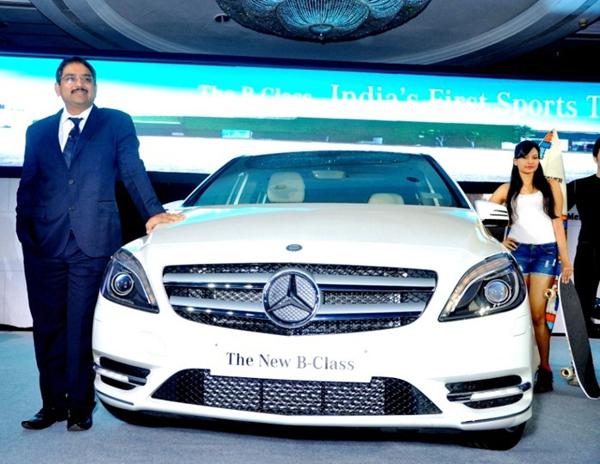 Launch of Mercedes-Benz B-Class Diesel just around the corner

Following the launch of the new E-class saloon, GL Class SUV and A-Class premium hatchback, the auto company is ready to launch the B-Class Diesel in India on 11th of July. This is being touted as an attempt by Mercedes-Benz to regain the dominance it held prior to the entrance of BMW and Audi in the Indian car market. The launch of these cars has resulted in the company recording its best quarter result in the past two years, which stood at impressive 32.35 per cent. In the second quarter of 2013, the brand with three pointed star sold 1756 units in comparison to 1327 units in the corresponding period of last year.

This is mainly attributed to the launch of the three new models, which received a good response from the domestic buyers. Now, with the launch of the diesel variant of the B-Class premium hatchback, Mercedes-Benz is trying to add on to the success of the previous three launches, thereby further improving the current strong position. It must be noted that during last year in September, B-class was launched with a single petrol engine and now, its diesel sibling is set to be introduced by the company.

Likely to be named B180 CDI, this car will be powered by a four-cylinder 2.2 litre engine that incidentally, also is fitted in the Mercedes-Benz A180 CDI. Since the engine of the B180 CDI and A180 CDI are the same, the former is expected to be similar to the latter in certain aspects. The diesel variant of A-Class A180 CDI renders a mileage of around 20.6 kmpl, which means that the B180 CDI would also deliver somewhere around that mark. This four-cylinder engine is capable of churning an output of around 107 bhp at 3200 rpm and torque of up to 250 Nm. The engine is mated to a seven-speed dual clutch gearbox that transmits power to the front wheels of the B180 CDI. The Mercedes-Benz B-class diesel premium hatchback, designed on the new Modular Front Architecture, is expected to be offered at a lower price than that of its petrol variant.

Jeep Grand Cherokee soon to be launched in India