Jaguar, the premium sports car maker completely owned by Tata Group, will be launching its much hyped Jaguar F-Type model in the Indian auto market on July 8, 2013. Sources close to the development process revealed that the upcoming model will be a two-seater convertible sports car, which will feature a performance oriented engine. It must be noted that the model has won a number of awards and titles from several experts and auto publications. 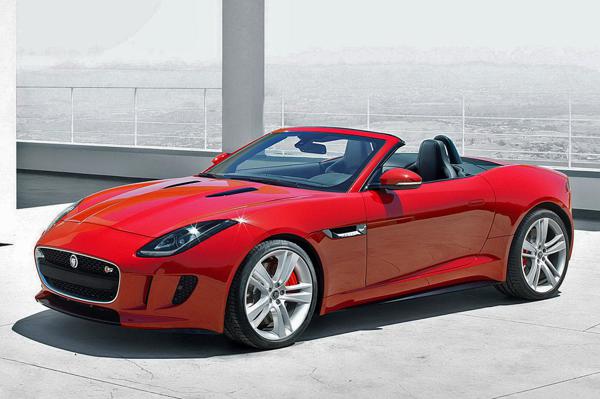 Interestingly, the 2013 Jaguar F-Type has been declared as the 2013 World Car Design of the Year, of late. Expressing his delight on this achievement, the Director of Design for Jaguar, Ian Callum was quoted as saying, “No design project has given me greater pleasure than the creation of the F-TYPE. It’s a project I’ve looked forward to from the moment I joined Jaguar, and it’s one that’s given my team and I great satisfaction. The F-TYPE is a sports car that is true to Jaguar’s design values – beauty of line and purity of form – and I’m honoured that the World Car of the Year jury has recognised our work with this award.”

Reportedly, the auto maker will be offering an option of two engines for the Indian auto market, namely V6 S and V8 S. In the initial stages, the Jaguar F-Type will be brought as Completely Built Route (CBR). The V6 engine of F-Type will have a displacement of 3.0 litres and will feature supercharger technology. The maximum power churned out by the engine of this model will stand close to 375 bhp, with an alarming torque.

On the other hand, the V8 S variant of Jaguar F-Type will be powered by a 5.0 litre supercharged engine, which will produce a maximum power of 490 bhp. Adding to the performance of both the engines, an 8-speed automatic transmission system has been packed within the models, which will transmit all the produce power to the rear wheels of the car.