It’s not the best time to be doing something with diesel cars thanks to the negative air around the fuel. However, Alpina doesn’t seem to care as it has taken a top spec diesel 5 Series and done its magic tuning on the sedan to produce a beast called the D5. 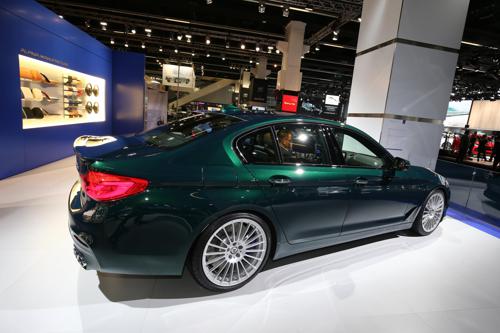 Well, the adjectives in the first paragraph for the D5 are there because it is powered (in LHD form) by a triple-turbocharged 3.0-litre straight-six producing 388bhp/800Nm of torque. It’s got rear-wheel drive and with record numbers that would put many petrol cars to shame.

The 0-100kmph sprint is done and dusted in 4.4 seconds while the top speed is 286kmph! What’s more you can have this as a sedan or a wagon.  However, if you live in a RHD market and want this car, then you will get it in a 326bhp/700Nm state of tune.

It has got all the luxury bits found in a BMW but with Alpina badges and a bit of sportiness in terms of the materials used.  If you thought BMWs were fast then an Alpina is definitely the next step forward.