The BMW Z4 Concept emerged as the centre of attraction at the German automaker’s stall at the Frankfurt Motor Show 2017. As seen in images, the car flaunts a short rear deck, long hood, compact size and short overhangs. Moreover, its massive air intakes and nostrils on the front along with a stylish matte copper paint scheme completes its sports car appeal. 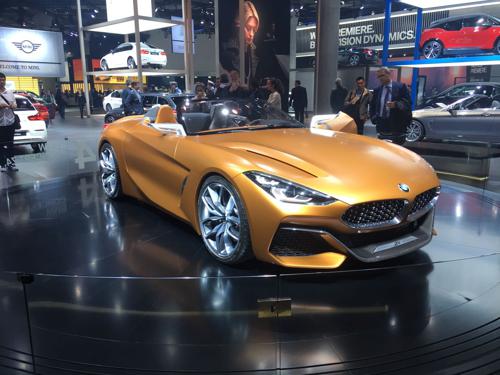 BMW claims that the design elements for the Z4 Concept is inspired by older cars, such as the original Mille Miglia-winning roadster, the BMW 328. The all rear-wheel-drive BMWs, the Z4 is underpinned by the CLAR architecture which offers a lightweight platform. As for the interior, the concept featured a futuristic three-spoke steering wheel and large red paddle shifters. 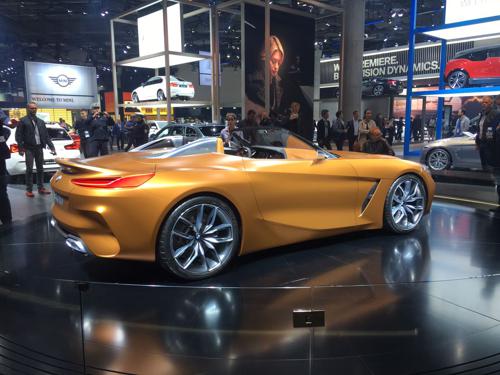 The production Z4 is believed to be a joint project between BMW and Toyota. The platform will also underpin a Toyota sports car that’s expected to be the long-awaited successor to the Supra. Moreover, it is believed that the BMW and Toyota partnership will also span a coupe version for the Japanese which is scheduled to debut later this year. The cars share BMW’s engines and will be built at a neutral site, the Magna factory in Graz, Austria.