Europe Gets Maruti A-Star from India

Maruti Suzuki has dispatched its first consignment of Suzuki A-Star from its Gurgaon plant to Mundra port for its onward shipment to Europe. The car will be sold as Suzuki Alto in Europe where Suzuki plans to re-enter the market with new vigor. The railways have developed two double-decker auto wagon rakes especially for the cars to be loaded from the Gurgaon railway station to be taken to Mundra Port directly. 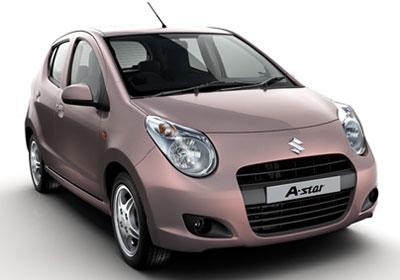 "The dispatch of first consignment of A-star from Gurgaon railway station is a quantum leap for Maruti Suzuki towards the company's future as a small car manufacturing hub for Suzuki, Japan," the company's managing executive officer (production), M.M. Singh said in a statement. "The A-star cars will be sold under Suzuki Alto brand in Europe. Maruti has invested in a new port and dedicated car handling facility at Mundra port," he added.

Maruti A-Star is Suzuki’s world strategic model and the company has taken the historic step of making India as the exports hub of small cars. The company had earlier stated that it will scale up exports of its existing models up to 100,000 units and export “large volumes” of A-star to European markets in 2009.