In an unfortunate development for Indian fans of Formula One racing, the 2014 Indian Grand Prix is likely to be dropped off the schedule. Raising doubts over the Indian GP scheduled for 2014, Formula One Chief Bernie Ecclestone, present at the Hungarian Grand Prix, said, "Is India going to happen next year? Probably not.” On being asked the reason for this decision, Ecclestone replied that it is based purely on some political issues. 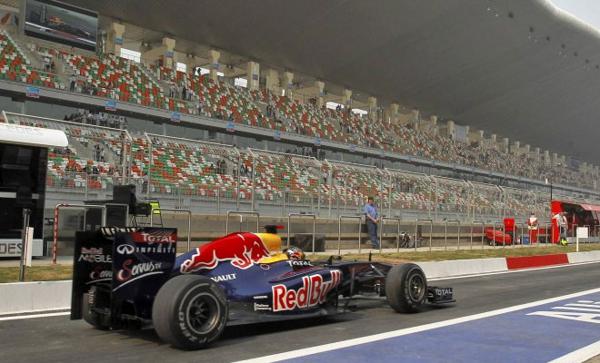 However, Indian officials involved with the same feel that although the race might not take place next year, it does have a future afterwards. "In 2015, F1 is looking to start earlier than the usual March. This means that the 2014 calendar will have to be wrapped up earlier than November. As such, some races like India (held towards October-end) may be dropped,” said Vicky Chandhok, the President of the Indian Motor Sports Federation. Elaborating further on the topic, he said, "If the 2014 race is dropped, the Indian GP will be held in 2015 and 2016. Bernie told me he was alluding to the pressures arising out of expanding the calendar. He was not talking about politics in India."

According to sources, a discussion is taking place between Formula One and organisers Jaypee Sports International to organise the race in early 2015. It must be noted that the Indian committee does not have a lot of time to resolve this issue as calendar for races is to be presented to the International Automobile Federation for approval in September. Reports suggest that there is a scope for 22 races to be organised, whereas teams prefer a maximum of 20 races. The next calendar will see new races, with Russia making its debut and Austria slated to make a comeback post an 11 year hiatus.

"I work closely with both, the Jaypee Group and Bernie. Apparently they are trying to find a mutually convenient date to start early in the year in 2015," said Vicky Chandhok, who is also the father of racer Karun Chandhok. The Indian Grand Prix was first held in 2011 and generated positive responses from fans and the Formula One community. Both the races held at the Buddh International Circuit in Greater Noida were won by Red Bull's German driver Sebaastian Vettel, who is a three time world champion.

The organising committee in India had to overcome a lot of bureaucratic obstacles along with financial concerns and issues regarding taxation. People associated closely with the sport have express their disappointment about the prospect of the Indian Grand Prix being pushed off the calendar. Formula One team Sauber's principal Monisha Kaltenborn, said, “It would be a pity if for these [tax] reasons we don't go there. India is an important market for partners who are already in Formula One or who could get into Formula One so it really would be a pity if we would not manage to sort out these problems."

2013 Skoda Octavia to set new heights of performance in India