Bajaj RE60 could see rivals from Piaggio, Polaris and Mahindra

Bajaj Auto Limited, one of the country's leading two-wheeler manufacturer, has received a go for its RE60 quadricycle from the Indian government. The quadricycle segment is new for the domestic auto market and is expected to get new models from different makers soon. Industry sources suggest that the Bajaj RE60 could carry introductory price tag around Rs. 1.5 lakh (excluding costs of permit in different states) in the country. 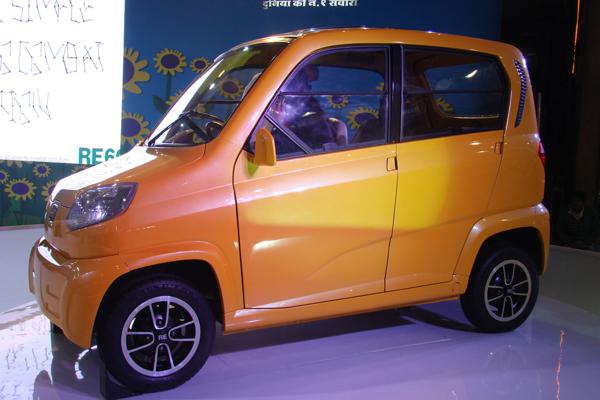 As per reports, Bajaj Auto Limited is working towards officially introducing its RE60 four-wheeler in the Indian auto market, but is yet to reveal its actual plan of action. Since the quadricycle segment is relatively new and still to be tested, Bajaj is leaving no stone unturned towards making sure that its RE60 fits the bill perfectly for the future market demands. Speaking his mind on the production and market acceptance of quadricycles in the country, R.C. Maheshwari, Head, commercial vehicles, Bajaj Auto Limited, was quoted as saying, “We will see how the vehicle is accepted to decide on the production schedule.”

The company is sure that its RE60 quadricycle would not be the only such vehicle in Indian auto market for long. Over the years, several new models from Mahindra & Mahindra, Polaris, Piaggio and Tata Motors, are expected to enter the domestic quadricycle vehicle space. According to Bajaj Auto Limited, its Aurangabad manufacturing facility has a capacity to produce 200 RE60 units everyday, which equates to a monthly output yield of 5,000 units a month. Therefore, the company looks set to capitalise on its first mover advantage in quadricycle segment of the Indian automotive space. 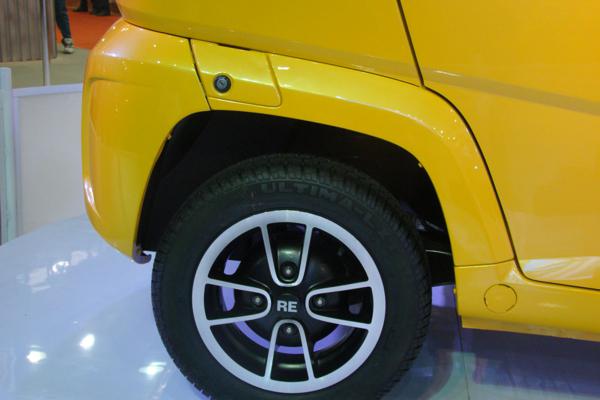 The Indian arm of Polaris, a world renowned manufacturer of All Terrain Vehicles (ATVs), has revealed intentions to enter the quadricycle market. Expressing his views on the same, Pankaj Dubey, Managing Director (MD), Polaris India, was quoted as saying, “We are looking at the potential of launching quadricycles in India, considering we have a good presence in Europe. Our quadricycles are used as recreational vehicles in Europe.” He further added, “We do need clarity in the policy to know which of our vehicles can be launched.” It was reported in April this year that Polaris acquired the firm AM Holding that makes Aixam Mega quadricycles.

Mahindra & Mahindra Limited, the country's leading utility vehicle manufacturer, is also looking at the possibility of entering the promising quadricycle segment. Further, the company would need to develop a quadricycle model from ground zero, since none of its present vehicles conform to the rules and restrictions of this segment. Speaking his mind on the company's entry into quadricycle space, Pawan Goenka, President, Automotive Division and Farm Equipment Sector (FES), Mahindra & Mahindra Limited, was quoted as saying, “The quadricycle will definitely change the landscape. A much safer vehicle, it will give an opportunity to consumers to upgrade from three-wheelers to four-wheelers at a marginally higher cost.”

The well-established Italian auto maker Piaggio is considered among the pioneers of quadricycles in Europe, and perhaps was the first along with TVS to introduce the concept for use in Indian market in 2004. Though the plans did not materialise then, but lately sources have suggested that the company is rethinking the same idea again. On entering the quadricycle segment, Ravi Chopra, Managing Director at Piaggio India said “We have the wherewithal and the experience.” Chopra has affirmed that the Piaggio would consider rolling out a quadricycle for Indian market, once the government clarifies its stance on the segment.

A quadricycle is a four-wheeled motor vehicle that sits below a conventional car in terms of engine power and speed. At present over 3 lakh quadricycles are running in Europe, such as Renault Twizy electric, Piaggio Quadro, Grecav EKE and Aixam, amongst others. It would be interesting to see how well the Indian audience receives Bajaj RE60, upon its launch in the country.