The Indian arm of German auto maker, Mercedes-Benz, is all prepared for the launch of its new premium hatchback A-Class in the Indian auto market. Reportedly, the model will be introduced to the Indian buyers on May 30, 2013 amid great buzz. With the launch of A-Class in India, the auto maker will enter into an all new segment of luxury sports hatchbacks in the country. It must be noted that as of now, no other luxury car maker has launched a premium hatchback in India, except for BMW, which has introduced its MINI brand in the country. 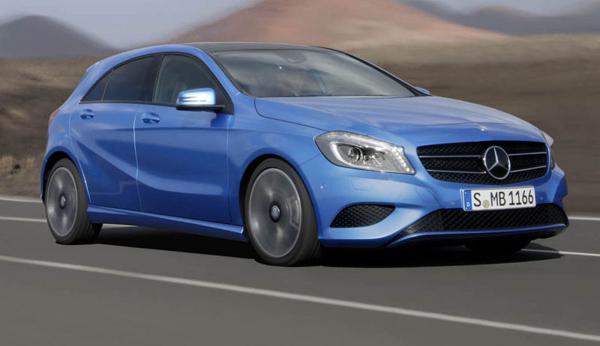 After the Indian auto market, Mercedes-Benz is planning to route its classy hatchback in Malaysia as well. Interestingly, the auto maker has also started the promotion campaign for its A-Class hatchback on its official Facebook page in Malaysia. Industry experts are of a view that the company will attain a decent success in the country as the same marketing strategy was followed by the German premium car maker in India. However, the official Malaysian website of Mercedes-Benz has not unveiled the video of new A-Class, which showcases the exteriors and interiors of the model.

It must be noted that A-Class will come as the most affordable Mercedes-Benz model for the Indian buyers. In order to cater the demands of a large number of buyers, the model will be offered in both petrol and diesel options. The petrol variant will be packed with a 1.6 litre four-cylinder engine, which will churn out a maximum power of 120 bhp, whereas the diesel version will be equipped with a 2.2 litre four-cylinder engine, producing a maximum power of around 108 bhp. Adding to the performance, both the engines will be mated to a seven-speed dual clutch transmission system.

According to sources, Mercedes-Benz A-Class will be offered as a Completely Built Unit (CBU) in the initial stage. As of now, the auto maker is planning to start the local assemble of the model by the end of this year or most probably by the next year. With its new premium hatchback, Mercedes-Benz is looking ahead to fill in the void of luxury hatchbacks in the Indian auto market as in the coming days the market will witness the launch of other luxury and sporty hatchbacks to entice the young buyers of the country.

Bajaj RE60 could see rivals from Piaggio, Polaris and Mahindra