Honda Motorcycle and Scooter India, the domestic division of the Japanese auto maker, has introduced the 2013 model of its iconic bike Dream Yuga in three variants. Reportedly, the new model is slightly more expensive than the one launched in 2012. The new version of Dream Yuga, which has been offered with a price tag of Rs. 45,101 (ex-showroom, Delhi), will deliver a stiff competition to the segment leader Hero Splendor, Yamaha SZR and Bajaj Discover, among others. 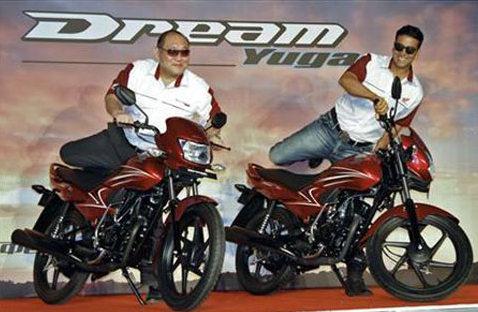 At the launch ceremony, the Vice President (Sales & Marketing) of Honda Motorcycle and Scooter India, Yadvinder S Guleria, was quoted as saying, “Dream Yuga has sold three lakh units within the first year of its launch. We have been deeply encouraged by the consumer response.”

In an official statement, the auto maker said that the recently introduced model is equipped with 'Honda Eco technology', which has facilitated its engine in delivering an impressive fuel efficiency to 74 kmpl from the earlier 72 kmpl. Industry experts are of a view that Dream Yuga is the Japanese auto maker's first truly India specific mass model, which not just offers a good mileage, but is also durable and comfortable at the same time. It must be noted that the model was introduced back in May 2012, and since then Dream Yuga has been the choice of more than 3 lakh happy customers all over the country.

The key highlights of the new Dream Yuga include viscous air filter and maintenance free battery. It must be noted that Honda India has also offered an option of tubeless tyres with its new model. Experts believe that the 2013 model is a breeze to drive on both difficult terrains and smooth roads.