General Motors, a well-appreciated American multinational auto major, has introduced the 2013 facelift version of its Chevrolet Spark hatchback in South Africa. Apparently, the South African Chevy Spark is sold under the moniker of Beat in the Indian auto market. Hence, the possibilities of 2013 Chevrolet Beat revamp model look like a great new development for the domestic car enthusiasts. 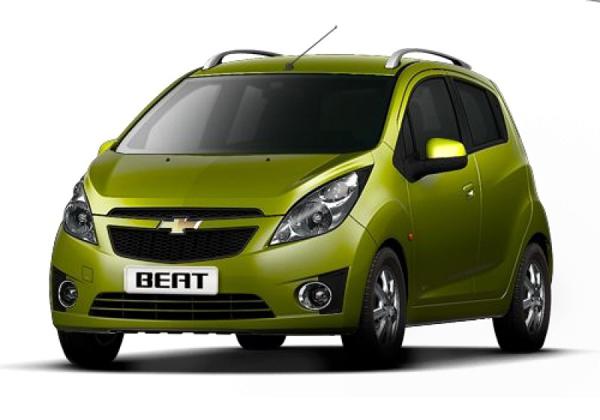 The 2013 Beat hatchback could see Indian daylight soon and certainly is bad news for Maruti Suzuki WagonR and Hyundai Santro Xing, who are direct segment competitors of the Chevy model in the country. The reworked trim comes with a number of interesting modifications on both inside and the outside settings; however, most changes are actually cosmetic in nature. The front fascia has been redesigned and flaunts huge headlamps, bigger grille, remoulded bumpers and Outer Rear View Mirrors (ORVMs). The tailgate of Beat facelift looks stunning with new tail lamps, rear roof spoiler and chrome tipped exhaust vent.

Speaking of under-the-hood specifications of the 2013 Chevy Beat revamp, the American auto major has not changed anything and therefore, same petrol and diesel powertrains are present. The petrol Beat trim is powered with a 1.2 litre engine which churns out peak power output close to 80 bhp and a maximum torque delivery of 108 Nm. Further, the diesel Beat model comes fitted with the same 1.0 litre power-mill that produces a peak output power and torque equations of 59 bhp and 150 Nm, respectively.

It is going to be interesting to see when the General Motors India decides to introduce its 2013 Chevrolet Beat hatch in the domestic passenger car market. Sources suggest that the American auto major is busy with the launch and brand development of its Enjoy Multi Purpose Vehicle (MPV), at the moment.