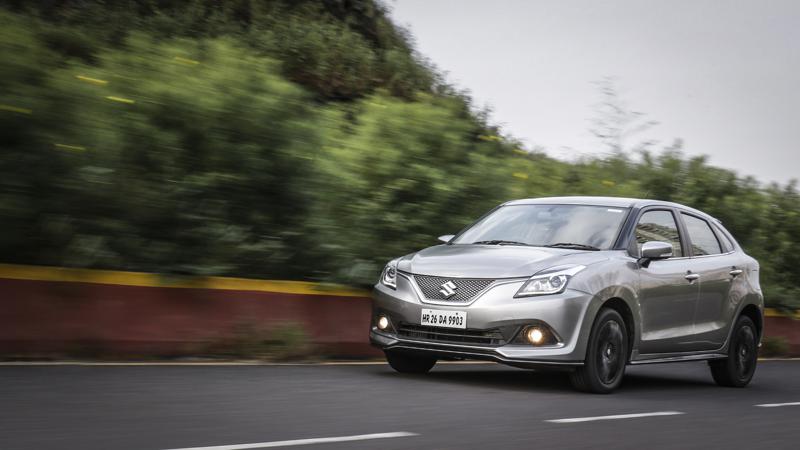 I'm back with a detailed highway run report of the Baleno RS. Parameters like passenger comfort, features, boot space, highway cruising abilities and taking uncharted roads have been covered in this report. Let's start with the comfort of the passengers on a long drive. I found the seats to be very soft for my liking. They are not uncomfortable, but I would have preferred them to be a bit more firm, especially with such a spacious second row. Even three passengers won’t feel it cramped thanks to the generous shoulder room. That being said, a little more thigh support could have made the long drives more pleasant. Tall people might find the headroom to be inadequate. Nonetheless, the visibility of the surroundings from inside the cabin is good and doesn’t make the rear seat claustrophobic at all. I still wish they added rear ac vents; it would have made this premium hatchback truly delightful. 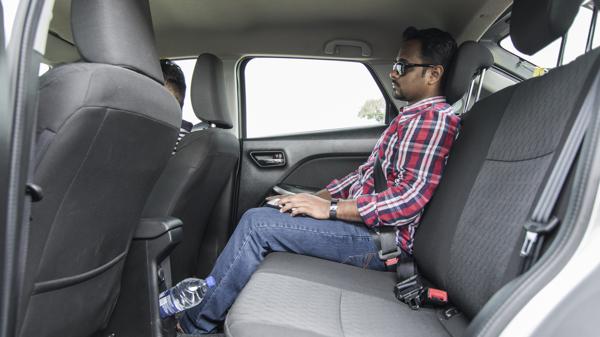 In matters of features and interior space, the Baleno RS is similar to the regular Baleno, but still not mundane like other hatchbacks. The color display odometer kept me busy toggling between the fuel efficiency chart and power-torque console. Adding to the convenience is the tilt adjustable steering with steering mounted buttons. These come paired to a touch screen system which works like a charm. My phone was always paired to this player, streaming music and attending calls through Bluetooth. Though the overall quality of the interior materials is good, there are some panels on the door that lack a strong build. The doors have started to squeak and they will soon need greasing to eliminate the noise. The boot is spacious and can accommodate two big and two small bags with space to spare for a helmet too. But then again, I had to put a little more effort to stow away bigger and heavier bags as the loading lip is high and narrow. Like the drive in the city, the Baleno RS continued to impress on the highway too, thanks to the additional power over the standard Baleno. The cruising capabilities were enhanced due to improved in-gear acceleration. It was easy to reach triple digit speeds without feeling bogged down. Quick overtaking maneuvers were also possible without a hiccup due to the adequate in-gear torque and smooth gear shifts. This hot hatch took our punishing highways, full of undulations and surprises, with aplomb. The damping is good and the car never made a big thud over most unnoticed potholes. With four occupants, the car felt even more planted and stable around bends. 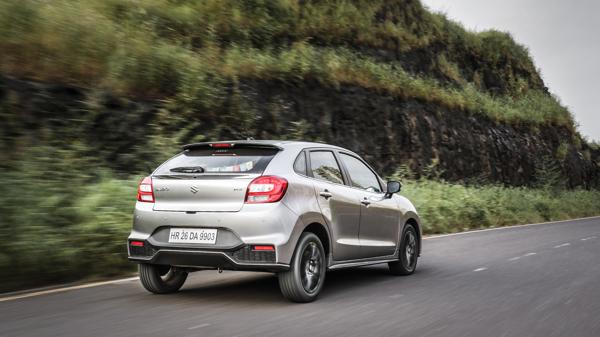 But that was on properly paved highways. When it came to taking in-roads and by-lanes out of the city, I became a little apprehensive. I was worried if the car will be able to clear the uncharted roads with ease. The reason being the protruding front bumper which doesn’t make for a good approach angle. But thankfully, this hot hatch cleared all bumps and potholes without scraping even a bit. Of course, this isn’t an SUV to be taken off-road, but it won't face any problem while taking that diversion or clearing a broken road. The Baleno RS also delivered an impressive average fuel economy of 16.4kmpl on these runs, close to 550kms of range.
Stay tuned for the final long term wrap up report.