The Honda Civic, a Sedan from Honda, was launched in India in Mar, 2019. Honda Civic has been discontinued in 2021. We are showing the last known price for Civic.

Born and raised in a metropolitan city, exploring the lush green north-eastern side of India was always on my bucket list. The wish finally came true when Honda invited me for the ninth edition of Drive to Discover. This was my opportunity to explore two of the eight states of the north east – Assam and Arunachal Pradesh. We had two of the latest offerings from Honda, the Civic and the CR-V, in petrol as well as diesel guises for a span of four days to cover a distance of well over 1000 kilometres.

The Honda Drive to Discover 9 took us through some of the most scenic and lesser explored places. And the journey will always be etched on my heart, particularly for my love for the Honda Civic. That said, the Honda CR-V too has been my definition of a premium SUV, even before the SUV segment started gaining popularity in the country. So here’s our route map: Guwahati-Majuli-Pasighat-Dibrugarh-Kaziranga-Guwahati, before we get started.

The drive commenced in Guwahati, the largest city in the Indian state of Assam. There was a short briefing by the officials of ‘Scout my Trip’ for 26 fellow journalists coming from different parts of the country before we stepped into the plush and roomy cabin of the Honda CR-V. This particular one was the 2.0-litre petrol 2WD trim that produces 152bhp and 188Nm of torque. We started with the long winding roads that took us out of the city and it was no less than driving on a slalom. Most parts of our journey were a mix of straight highways, countryside roads and some beautiful wooden bridges. The brilliant CVT setup ensured a hassle free drive through these scenic stretches.

Driving through Kaziranga sanctuary, a world heritage site, was a blissful experience. In keeping with the 40kmph speed limit on the National Highway-37 and with a hope of spotting the one-horned rhinoceroses, we drove slowly with a watchful eye. After all, this was home to two-third of their entire population. Sadly, we did not spot any. We then took our first halt for lunch at one of the oldest places in the locality, the ‘Wild Grass’.

Post lunch, we headed towards Majuli, a river island on the Brahmaputra river, which also has the distinctive identity of being the first island to be made a district in India. On reaching Neimati ghat, we saw the mighty Brahmaputra river cutting us off from the Majuli Island. We loaded our cars on the last ferry for the day, the M.V - Bhupen Hazarika, to take us across the river.

After sailing for about 40 minutes, we reached the Majuli Island. This is one of the most remote parts of Assam where a majority of the locals live in Borneo-styled stilted houses, to stay safe from flooding during monsoon. The original inhabitants and an indigenous tribal community, the Mising Tribe, welcomed us with their hand-made scarves. Later in the evening, there was a local performance by young boys and girls with the accompaniment of drums.

On the second day, we had the petrol Civic, the one that I had been eagerly waiting to lay my hands on! The 1.8-litre petrol engine mated to an automatic transmission produces an impressive 140bhp and 174Nm of torque. The brilliant driving dynamics in high and low speeds makes it an obvious pick in its segment.

For the most part of our journey, we encountered some jaywalking cattle animals, however, we later learnt that they prefer staying on the roads to avoid insects and leeches in the fields. Before heading to Dibrugarh, we took a detour to Pasighat, headquarters of East Siang district in the Indian state of Arunachal Pradesh. On the route was Jonai, a small town that also has the last railway station that stretches to the east. For lunch, we stopped at an ecotourism resort, named Donyi Hango. Along with the regional food, it is here that we got a chance to try out one of the most pungent chilies in the world, the Bhut Jolokia.

Post lunch, we briefly stopped near the Pasighat Bridge, where the Brahmaputra river is known as Siang or Dihang River. The perfect scene of clouds floating on the river with hills in the backdrop was an immersive experience. On our way to Dibrugarh, we had to take the Bogibeel Bridge (4.94kms), the second longest rail-cum-road bridge in Asia. Since it was dark, we could not see the Brahmaputra River flowing underneath the bridge. Driving down further we reached the tea city of India, Dibrugarh, where more than 50 per cent of Assam’s tea is produced!

After driving petrol cars for two days, we drove the CR-V diesel AWD from Dibrugarh to Kaziranga. The seven-seater SUV gets a 1.6-litre, four-cylinder engine that produces 118bhp and 300Nm of torque. The bigger 18-inch wheels and a good suspension setup allows the SUV to absorb and isolate sharp undulations effectively. With folded third row seats, there was ample space for our luggage. The parking brake button feature is a delight and looks clutter-free as compared to vehicles that get a manual parking brake lever.

The expansive tea plantations on both side sides of the road are a pleasant sight and make for a picturesque location. We also drove through Gibbon wildlife sanctuary which is a beauty in itself. The large panoramic sunroof was an icing on the cake! Least said, the roof mounted vents is efficient and practical for third row passengers. From here on, it was just heavy rainfall all the way to our night stay at Kaziranga.

We took this last leg of the journey in a diesel manual Civic. Under the hood, the Civic diesel gets a 1.6-litre, four-cylinder engine that produces 119bhp and 300Nm of torque. I personally loved the manual diesel as it allows you to extract every ounce of power whenever needed. Driving back through Kaziranga sanctuary, we kept our fingers crossed yet again in the hope to catch a glimpse of the one-horned rhinoceroses. And there it was, a few moments later, the majestic beauty far-off in the field, looking right as us and acknowledging our presence. What a sight! After all, I had never seen a rhino in the wild before this.

On route to Guwahati, we took a brief stop at a newly inaugurated Honda dealership in Tezpur, also the first one in that region. As a welcome gesture, the staff put a traditional scarf around our neck.

The Honda’s annual drive event gives us an opportunity to experience diverse cultures, explore the unseen and drive some of the finest cars that are available in the market today. With that said, the CR-V can be your ideal family car, while the Civic is for the ones young at heart, impressing you with fine driving dynamics. The quality, reliability and durability aspect in Honda cars is unquestionable.

Meanwhile, travelling to north-east India is an experience in itself and a good option for those who seek opportunities to explore the local culture and spend time in locations that are unaffected by the advent of commercialisation. Moving away from the regular hustle and bustle of a city life gives you a chance to unwind, and it just gets better when you have a Honda to take you around.

Find a list of all 6 petrol and 4 diesel versions of Honda Civic. This table includes on-road price which covers all costs like RTO and Insurance.

Further to this, read Honda Civic Road Test details by our expert. 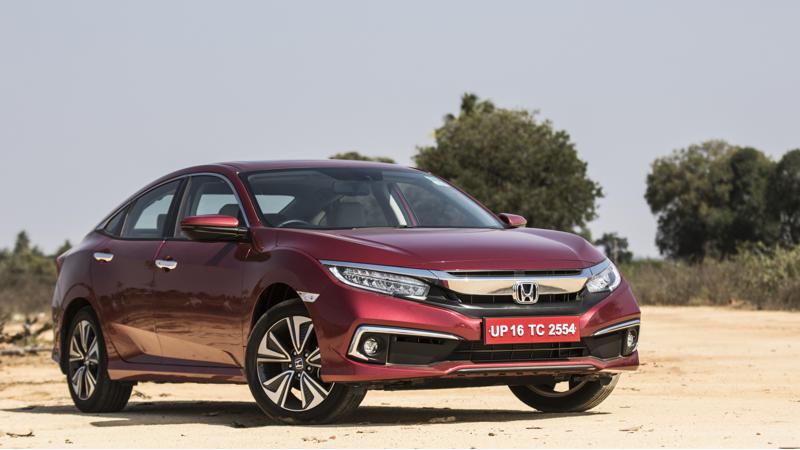 Honda Civic attracts discounts of up to Rs 2.50 lakh in September

Honda Civic Honda Cars India has announced offers on the Amaze, the WR-V and the Civic, with benefits of up to Rs 2.50 lakh. The offers are variant, grade and location specific, therefore 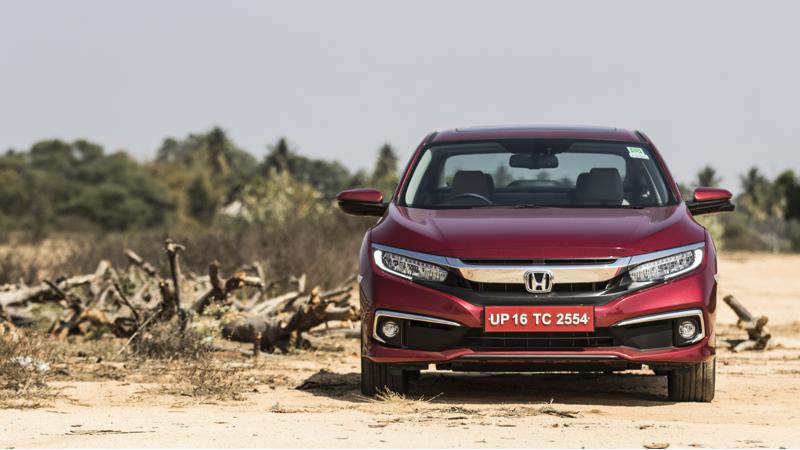 Honda has launched a BS6 compliant version of the diesel Civic with prices starting at Rs 20.74 lakhs (ex-showroom Delhi). The diesel Civic line is available in the VX and ZX variants and across five

Honda Civic Honda Cars India Limited (HCIL) has commenced bookings for the BS6 compliant diesel variants of the Civic. The 10th generation Honda Civic with a diesel engine option will go on sale

Honda will launch a BS6 compliant diesel Civic and it will be offered in the VX, ZX variant and across five colour options. The diesel engine in question is Honda&rsquo;s BS6 compliant 1.6-litre unit