It was a known fact that Tata Motors needed a product with a stellar portfolio, which offered features and design that none of its cars and SUVs had. After months of efforts and participation of international brains from Turin, Pune and Italy, Tata Motors finally launched the Zest, a compact sedan based on the same platform as the Vista but heavily modified to carry the new changes. It looked attractive and was also equipped with modern bits like projector headlamps, LED DRLs for real on the outside. Even inside the Zest, the interiors were unlike any other Tata car as it was feature rich with the latest in the scene. The Zest is available in petrol and diesel and also comes in an automated manual variant. It is priced between Rs 5.06 lakhs to Rs 8.42 lakhs (ex-showroom)

The Hyundai Grandi10 was strategically placed between the i10 and Elite i20. The otherwise calm manufacture displayed a sign of aggression with this hatchback. Based on the Fluidic Sculpture, the Grand was designed to look attractive. The Xcent was a sedan version of the Grand hatch. It was meant to replace Hyundai’s most successful Accent sedan. Carrying forward the same design and features, the Xcent carved a new space for itself in the compact sedan market. The Xcent too is available in petrol and diesel and is offered in a traditional automatic variant. It is priced between Rs 5.01 lakhs to Rs 7.75 lakhs (ex-showroom)

The Tata Zest is based on the Vista platform and is a fitting replacement to the Manza series of cars. For the very first time, Tata Motors have designed a car which looks the age and time of its launch as prior to this, all its models faced severe criticism for its outdates lines and cues. Projector lamp and DRLs, a feature normally associated with premium cars, was offered in the Zest making it a first in the segment.  Petrol and diesel also have different alloy wheel design. It gets clear 8 spoke 15 inch sporty alloys in the petrol while the diesel gets multi spoke type alloys which look more elegant than sporty. 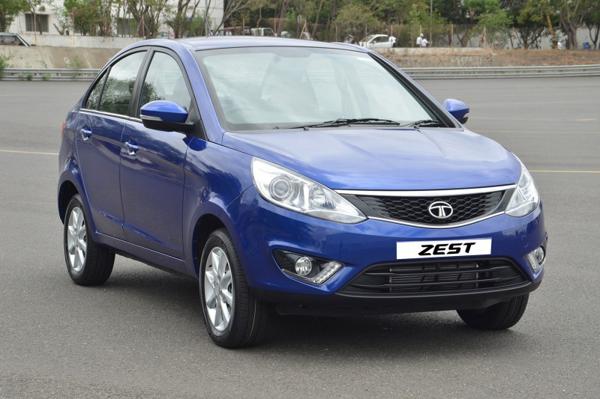 The Hyundai Xcent looks exactly like the hatch from front with a similar bodyline and styling. The hexagonal grille is bold in design. The headlights sweep back towards the side as well as on the bonnet making it look large. The lower section of the front bumper has multiple crease lines. The Hyundai Xcent gets a modern design but surprisingly, it is the Zest which looks more attractive from outside.

Inside the Zest, the cabin gets comfortable seats with rich fabrics. There are no leather upholstery given which can be availed as an optional accessory at the dealership itself. This was done to keep the costs under check. The spacious front row for passengers is impressive with the second row getting decent if not very generous legroom and knee room. One can barely differentiate between the interiors of Grand and Xcent as they are identical in design and feel. The front row seats are extremely comfortable. Even the rear row seats are decent in providing adequate comfort. 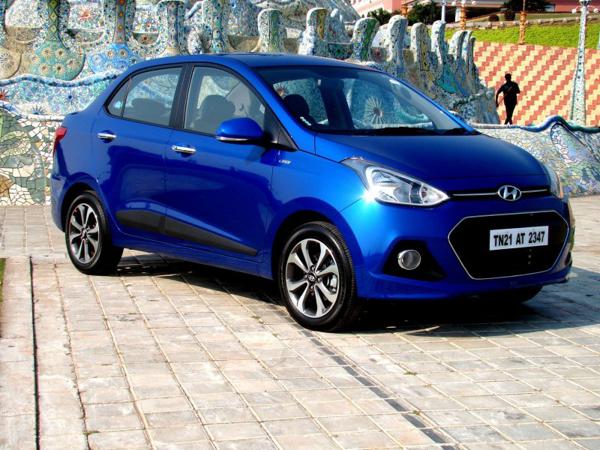 Tata Zest if offered in petrol and diesel engines with manual and automated transmission variants. First, there is the petrol Revotron 1,2T engine which ha sbeen designed at Tata’s in house facilities in Pune. This turbocharged petrol motor makes 90PS at 5000 rpm and 140Nm at 1500 rpm. The Quadrajet 75 makes a power of 75PS at 4000 pm and 190Nm at 1750rpm. The higher range diesel motor makes 90PS of power and 200Nm of torque. The Hyundai Xcent comes in a 1.1CRDI diesel engine which makes 71PS and 180Nm of torque. The 1.2L petrol engine makes 81PS and 114Nm of torque. The petrol unit is also offered with a 4-Speed automatic transmission.

The Hyundai Xcent still enjoys a better reputation as it is backed by a strong brand name which is also very reliable. The Tata Zest might appear better in terms of design, features and performance has still many aspects to prove especially in terms of reliability, durability and brand trust. Force One Vs Maruti Suzuki Ertiga