The Hyundai Xcent, launched back in 2014, has been Hyundai’s first foray into the budget sub-four metre compact sedan market in India. Based on the Hyundai Grand i10, the Xcent has been a steady seller for the Korean car maker. Hyundai has facelifted the Xcent in April 2016 and the new car looks distinctly different than its predecessor.

Being a compact sedan, it competes with the likes of the Maruti Suzuki Dzire, the Honda Amaze, the Ford Aspire, the VW Ameo and finally the new Tata Tigor.

The underpinnings are the same as the old car but Hyundai has gone to great lengths to make the Xcent stand out in the competition for looks. It seems as if Hyundai wanted it to look like a mini-Verna with the large hexagonal radiator grille and a wide-looking air dam. The headlamps design is almost the same as before and resembles the new Hyundai Grand i10 which also has been updated recently. Since it is the same body shell, the profile looks exactly identical to the older car but the all-new tail design would remind you of anything but not the old Xcent.

Inside, the just like the Grand i10, the interior has been carried over from the previous car but with improvements. The Xcent gets the new 7-inch touchscreen display infotainment unit along with steering mounted audio controls. It gets automatic climate control for the top-spec car along with rear AC vents. The instrument cluster has been retained form the older car – a twin-pod unit with a multifunction display in the centre.

For safety, the Xcent gets ABS and EBD with dual front airbags along with features like central locking and engine immobiliser.

The new 1.2-litre diesel engine that had debuted with the Hyundai Grand i10 has made its way to the Xcent as well. The new 1.2-litre mill develops 74bhp of power and comes mated to a five-speed manual gearbox and having driven it in the Grand i10, it feels much better than the older 1.1-litre mill. The 1.2-litre petrol engine will continue with its presence with the five-speed manual and the 4-speed automatic gearbox options.

The 1186 cc Diesel - powered variant delivers a fuel economy of 22 kmpl in city and 24 kmpl on highways, while the Petrol variant offers a mileage of 17 kmpl on urban roads and 19 kmpl on freeways, respectively.

Find a list of all 6 petrol and 5 diesel versions of Hyundai Xcent. This table includes on-road price which covers all costs like RTO and Insurance.

The Hyundai Xcent hasn’t been a blockbuster product for the Korean carmaker. Sure, it sells around 2,500 units or thereabouts on a monthly basis, which is exactly what most other compact se

The Hyundai Xcent hasn’t been a blockbuster product for the Korean carmaker. Sure, it sells around 2,500 units or thereabouts on a monthly basis, which is exactly what most other compact sedans like the Ford Aspire, the Tata Zest and the Volkswagen Ameo sell. So, no fire there. But, when you consider that Hyundai has the second largest market share in the passenger car segment, and most of its other successful models (read the Grand i10 and the Creta) sell in excess of 10,000 units a month, one simply can’t term the Xcent a success. Hyundai, understandably, wants to change that.

Right on cue then, three years after the Xcent was first launched, here’s the facelifted version of the car. Hyundai believes, with the styling changes and the addition of a few more features, the Xcent now has what it takes to get the cash registers ringing. Lets find out…

The big changes on the new Xcent are on the outside. It gets a new, more aggressive looking front bumper that also holds an all-new, chrome-garnished grille. The idea here is to make the Xcent look more like the Verna and the Elantra instead of the Grand i10 upon which the compact sedan is based. And with it, the car brings in an air of elegance to the design. There’s no change to the headlamp, but the fog lamps are new and the new Xcent gets LED DRLs too. 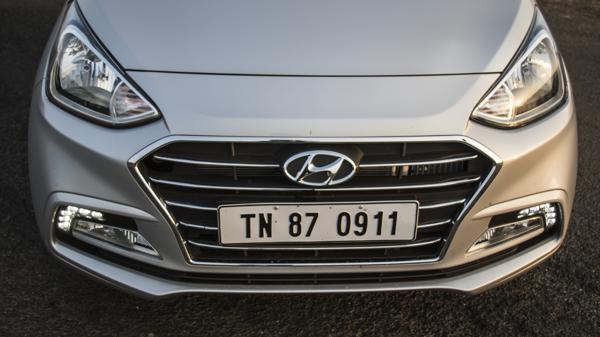 The rear styling sees a significant change as well. The tail lamps now run into the boot lid and add visual width to the car. The boot lid itself has been completely redesigned and is less curvaceous than before. It gets a chrome strip and along with a flatter looking bumper, it gives the Xcent much-needed freshness.

There’s no change to the profile of the car, including the alloy wheel design, which is carried as is. But, look closer and you’ll see the addition of the ‘shark-fin’ antenna instead of a regular one. 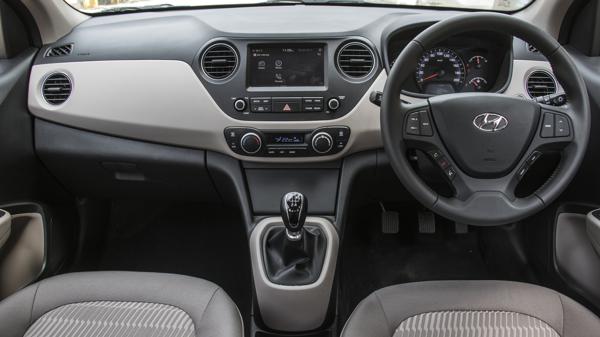 The changes on the inside are pretty limited in comparison. The fabric design for the seats, front and rear, is new; the steering gets a button for voice activation; and there’s a new 7-inch touchscreen infotainment system. The latter also comes with Apple CarPlay and Android Auto to give the user better in-car connectivity. 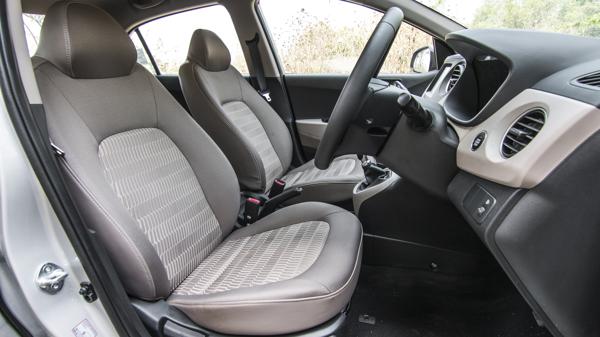 Otherwise, the climate control, the rear AC vents, the electric function for the ORVMs, keyless entry and start, and the plethora of stowage spaces inside the cabin are identical to the previous model. What also remains the same is the interior room on offer. The Xcent can hold four adults in comfort, the seats are reasonably large and supportive, and the ingress though not as high as some tallboy design hatchbacks, is still acceptable by sedan standards. 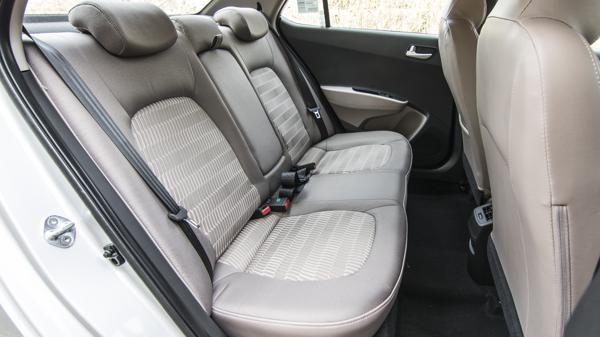 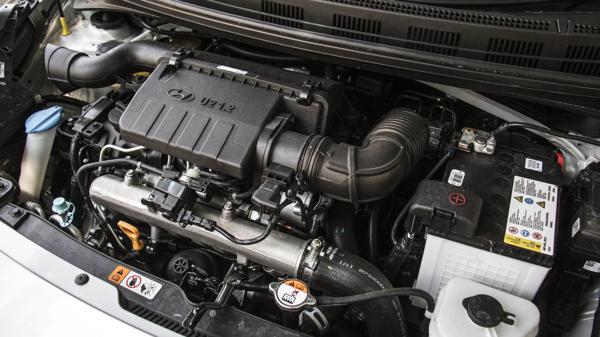 The new Hyundai Xcent comes with two engine options – a petrol and a diesel. Both are mated to a 5-speed gearbox. The petrol is the same 1.2-litre Kappa 2 from the older car, but the diesel is a new engine. It’s a 1.2-litre, three-cylinder engine that develops 75bhp of max power. It does, however, have substantially more torque compared to the older 1.1-litre diesel the previous car came with. 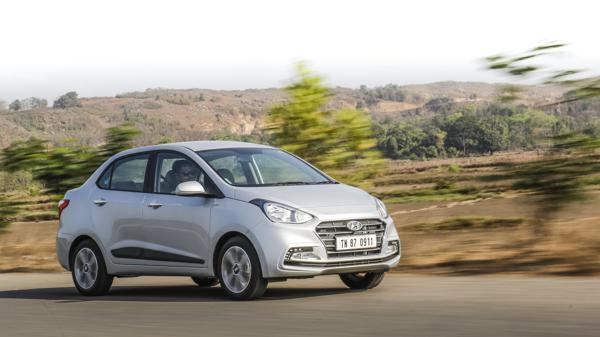 Our test car is the 1.2 diesel. And the improvement in performance, especially in the low to mid engine rev range, is very perceptible. The throttle response is sharper, the turbo lag is less apparent, and it’s much easier to overtake with the new car than the older diesel powered Xcent. Now the new engine might rev up to 5,000rpm but it’s best to upshift at 4,000rpm to extract the best drivability from the car. Plus, the higher you rev the engine, the more granular and louder it sounds. In terms of ride and handling, the new Xcent is pretty similar to the older car. So, the ride at low speeds is quiet and comfortable but it does get noisy and a bit harsh at higher speeds and over poor roads. The handling, thanks to the lack of connect from both the steering and the chassis in general, is not the most involving. The new Xcent will go around bends without feeling wayward or loose, yes, but it’s not something you look forward to like you would in the Amaze or even the Dzire. 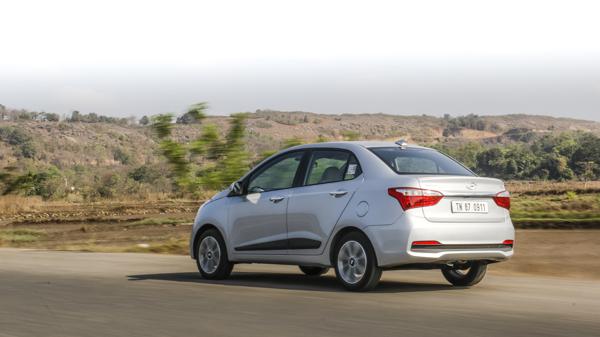 There were two big challenges for the new Hyundai Xcent to overcome before it could set the sales charts on fire. First, was uninteresting styling, which you would agree with us, has been sorted. The new Xcent not only looks fresh, it also has an air of premiumness to it now. 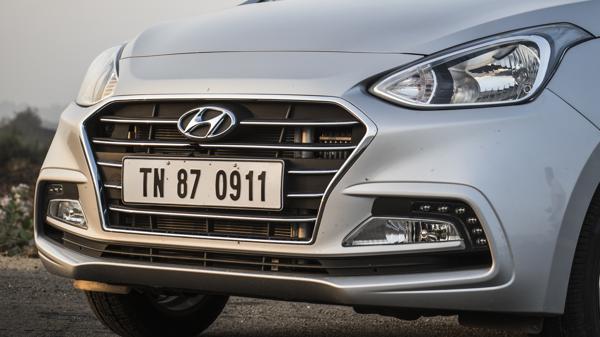 The second issue was the sales in the taxi segment. I don’t know about other cities, but in Mumbai, every second taxi is an Xcent. Naturally, not many people wanted to associate with a car that was being used as public transport. But Hyundai says it will not put the new Xcent on the taxi market? but would instead continue to sell the older model to feed that demand. On both counts then, the Xcent seems to be on good footing. But, will that translate into higher sales? Only time will tell. In the meantime, if you are looking at buying one, our suggestion would be to go for it; you can’t really go wrong with this one. The on-road price of the Hyundai Xcent in Delhi starts at ₹ 5.81 Lakh for the petrol engine. Meanwhile, the top end model (Xcent SX (O)) with petrol engine is priced at ₹ 7.86 Lakh.

The on-road price of the Hyundai Xcent in Delhi starts at ₹ 6.73 Lakh for the diesel engine. Meanwhile, the top end model (Xcent SX (O)CRDi) with diesel engine is priced at ₹ 8.80 Lakh.

The ARAI reported mileage of Hyundai Xcent is 19.1 kmpl.

No. Sunroof is not available in any of the 11 versions of the Hyundai Xcent.

Yes. There are 5 Xcent versions with diesel option.

Hyundai Xcent top version is SX (O)CRDi. It is priced at 8.80 Lakh in Delhi.

Note: Specifications for Xcent E have been mentioned 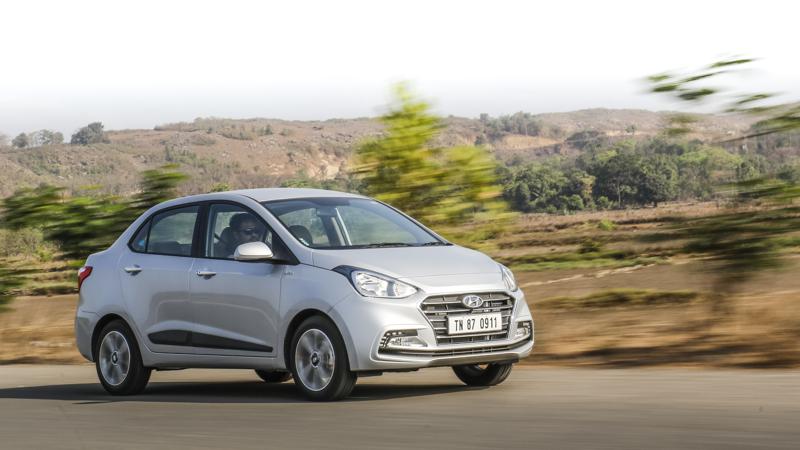 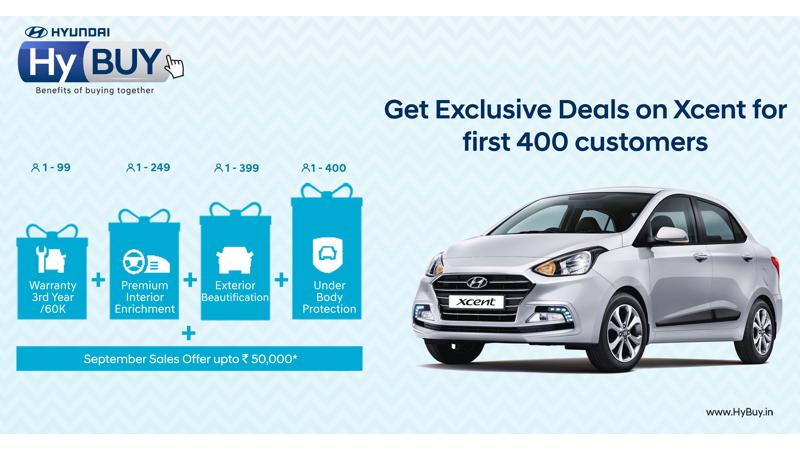 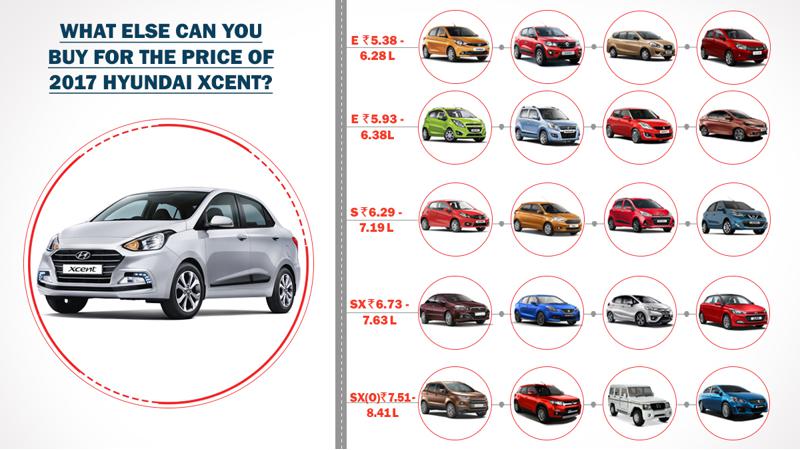 Hyundai has introduced the 2017 model year update for its compact sedan, the Xcent. Priced at Rs 5.38 lakh for the petrol range and Rs 6.28 lakh for the diesel range (ex-showroom Delhi), the

ABS now standard for all variants of the Hyundai Xcent

The Hyundai Xcent now gets ABS (anti-lock braking system) and EBD (electronic brake force distribution) as standard across the range. This safety mechanism was previously offered only on the top spec

The Xcent has been one of the most preferred choices among fleet operators. In efforts to further strengthen its foothold and offer more low cost running options to commercial operators, Hyundai