Many of the viewers might not even be aware of his identity, but George Best was a legend and one of the most famed personalities of the bygone era. An iconic footballer of 1970s, George Best was born in Belfast region of Northern Ireland on 22nd May 1948. Growing up in the Cregagh town-land of East Belfast, this athlete soon developed a penchant for the sports. After witnessing his dedication, Best's parents decided to encourage him to pursue his dreams. During the childhood days, the footballer's idol teams were Glentoran and Wolverhampton Wanderers but fate had an entirely different plan for him. At a mere age of 15, George's talent was spotted by the Manchester United authorities, who then decided to enter him in the team. 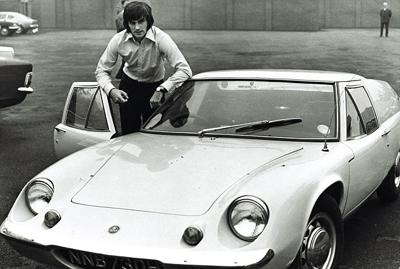 George best with his car

Making his senior team debut during the season of 1962-63, George Best soon scored the first ever goal of his career in the second match. After that match, there was certainly no looking back and the athlete continued his goal-scoring spree in the coming matches as well. Best was the part of the elite squad of the club that had won the FA Youth Cup Championship of 1964. After playing a crucial role in helping Manchester United win the 1968 European Cup, Best was named the European Footballer of the Year for the same season. Another prestigious award to his name was the FWA Footballer of the Year. The athlete's reputation was to such an extent that even the other legend of that era, Pele, went on describing as the best player the world has ever had.

The footballer was soon surrounded with huge fame and even became one of the richest footballers of that period. The immense amount of admiration soon brought tragedy to Best's life when he became a victim of alcoholism. Controversies followed after the season of 1980 and the athlete got more and more dissolved in the delusion of alcohol. The legend took his final breath on 25th November 2005 and left behind him a great legacy. People who knew Best often said that nothing gave him more pleasure than drinking and partying, but there was one more yearning for the footballer apart from alcohol. This undying desire was of stunning sports car from around the world and the same can be perceived from George's exclusive collection of fast wheels.

Being an auto connoisseur, Best had a strong desire for British sports cars and German speed cruisers. He would be among the first persons to get a hand on latest entries in this segment and take them for a quick spin on thee motorways. Parked in his garage at that time were cars, such as Lotus Europa, Mercedes-Benz 300 SE and an Aston Martin DB5. Best was also a huge follower of British luxury car maker – Jaguar and owned two exclusive models of the company, the S-type and E-type. He liked taking these models on long roads and often planned such trips with his loved ones. George Best is till date, one of the most revered idols of the football fraternity and also has his name included in the FIFA list of top 100 players of the world. As a footballer, he was aggressive and fearsome but as an auto fanatic, Best possessed a rare and unique taste of vehicles from around the world.