Yamaha Motor India Sales Private Limited has finally introduced a new range scooters in the Indian auto market with an aim of transforming India into one of the auto maker's top five markets. Ray Z was launched in the country on May 24, along with two new models in the line up of SZ. Interestingly, Ray was first introduced in September 2012 and was targeted to the young female riders. However, this time, the Ray Z has been introduced for the male buyers. Reportedly, the new model has joined the auto maker's Z-series of scooters and has been tagged with a price of Rs. 48,555. 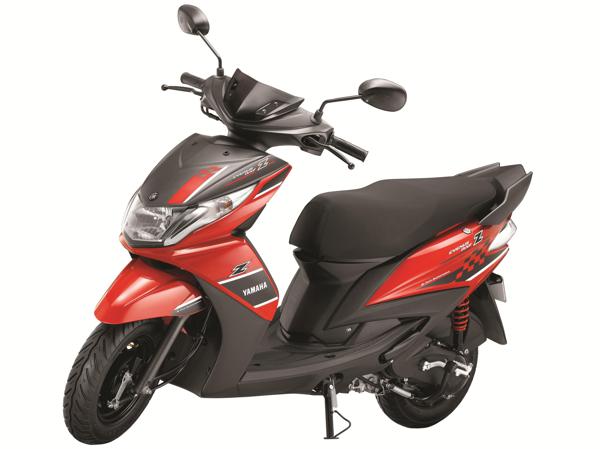 It must be noted that Yamaha India is foreseeing the Indian auto market as a potential region to trade. The auto maker is looking ahead to carve a strong foothold in the country with the launch of its three new scooters. As Ray Z has been tuned to deliver the same performance as of the Yamaha Ray, the new model has slightly different exteriors. Expressing his views at the launch ceremony, the President and Chief Operating Officer of Yamaha Motor Company, Hiroyuki Yanagi was quoted as saying, “Empowered by a passion for innovation, we create exceptional value and experiences that enrich the lives of our customers.”

Coming to the technical figures of Ray Z, the scooter comes equipped with a 4-stroke, 113 cc engine, which has the potential to churn out a maximum power of 7 bhp along with a highest torque of 8 Nm. With this configuration, Yamaha India claims that the model will deliver an astounding fuel efficiency of 53 kmpl. With the launch of a new model, the auto maker has delivered a stiff competition to the market leader Honda Dio, Suzuki Swish, Mahindra Duro and TVS Wego. It must be noted that alongside the launch of a new range of scooters, the company also unvieled the new slogan of Yamaha Motor Company, “Rev your hearts'.

The auto maker is quite confident with its new product for the Indian auto market as it is currently aiming to sell 5,000 units of the new Ray Z in a month. Interestingly, these figures are different from the 10,000 units, which the company is expecting for its earlier scooter Ray.