The Lexus RX crossover with three row seats is speculated to be in works. The seven-seater version of the mid-size RX SUV is expected to be showcased at this year’s Tokyo Motor Show. 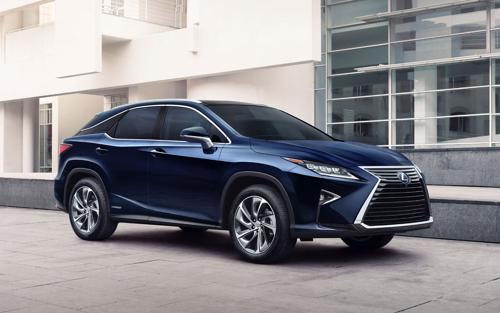 Currently offered only as a five-seater, the RX is being awaited with more seating capacity for years now, especially in the American market. The seven seater RX won’t get an extended wheelbase to pack in the extra row. However, a larger rear overhang with a more upright D-pillar seems unavoidable. With a wheelbase of 2,790mm, the current RX looks rather compact and sporty with its sloping silhouette. Nonetheless, adding a couple of seats to the configuration will make the Japanese crossover furthermore practical.

Lexus is rumoured to be developing a seven seater RX for a couple of years now. The car maker also admitted to missing out on the opportunity to develop a three-row crossover instead of the RC Coupe. The carmaker is mulling over selling 70,000 units in terms of yearly sales and a seven-seater crossover would have helped with these numbers apart from bridging the gaps that exist between the current product line-up.

With the same wheelbase, the space for the third-row passenger won’t be promising still. Even the visibility will be compromised given the heavy D-Pillar of the crossover. A test prototype of the seven-seater RX was also spotted testing a couple of years back, but that development never saw the light of day after that, until now perhaps.

Seven vehicles spotted testing at the Nurburgring in June