Tata Motors, the country's largest auto maker, seems to be working on the launch of a facelift model of Sumo Grande, which is expected to witness Indian daylight somewhere in the last quarter of this calender year. Interestingly, the model has been in the Indian market from quiet a time now and most importantly, the buyers has not reverted in a positive way towards it. Therefore, experts are also of a view that it is demanding a revamp. However, it must be noted that none of the company officials have officially declared the development of a facelift Sumo Grande as of now. 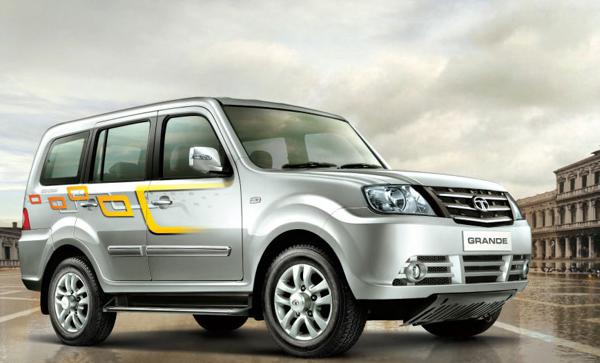 Auto analysts are of a view that with the launch of a new model, Tata Motors is looking ahead to strengthen its dwindling position in the Indian auto market. It must be noted that the Grande has been designed on the stretched Sumo platform, which is well appreciated in the Indian auto market. Being designed on a ladder frame, the currently offered Sumo Grande has crude leaf spring rear suspensions system. Also the model misses out some of the very important safety advancements like airbags and Anti-lock Braking System (ABS), which are reported to be quite important features nowadays.

Interestingly, the auto maker reintroduced its this model in 2009 with the name of ‘Grande Mk II’ and again in 2011, with a number of improvements and additions. The Sumo Grande witnesses a stiff competition from Mahindra Scorpio and Bolero, which are currently ruling the respective segment. Auto analysts have also stated that it may happen that Tata Motors once again follows the same strategy, which was implied on the Safari SUV by launching Storme as its upgraded model. This move is expected to add to the styling of new Grande, which might turn the tides in its favour. The launch of a new model from Tata Motors is likely to help it in reviving constantly reducing sales and turn the tides in its favour.

Launch of 2013 Skoda Octavia seems around the corner