Top Indian batsman Sachin Tendulkar, who is also an important part of Indian Premier League (IPL) team Mumbai Indians, is known to have a penchant for fast cars. The passion that he possesses for automobiles is almost as much as his love for cricket. During a recent awards function held for Bloomberg UTV Autocar where he was invited, he said, “I used to wash my own cars to divert attention from cricket.” Many say that had he not been the cricket legend that he is, he might have chosen to be a race car driver. 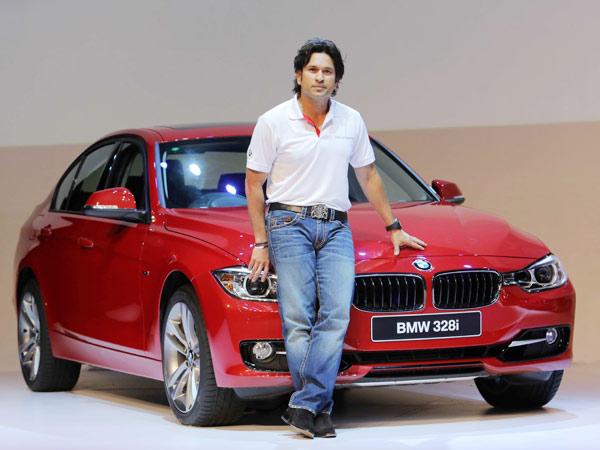 The first car that was purchased by the Master Blaster was the humble Maruti 800. He is said to have loved the car for its smooth and fast pickup. In his words, he has declared that for a car to excite him, it should be quick, fun to drive and comfortable. Some of the cars that he currently possesses are the AMG tuned Mercedes-Benz C36 and Porsche Boxster. The Boxster has a 2.9 litre 6-cylinder aluminium alloy engine, which is capable of producing a maximum power output of 252 bhp. He also is in possession of a Nissan GTR supercar, which was imported from Japan. This car has a whopping torque output of 612 Nm and is capable of touching a top speed of 300 kmph.

Sachin Tendulkar turns 40, is as passionate about cars as cricket .

There is an interesting explanation for the kind of cars that he buys. Similar to his batting style, he likes to accelerate fast from 0-80 kmph and then likes to settle down after crossing 100 kmph. This is a typical characteristic of many of his long innings for India. But the best thing about him is that despite having a need for speed, Sachin never drives rashly. He has often commented in the press that he loves the initial surge. 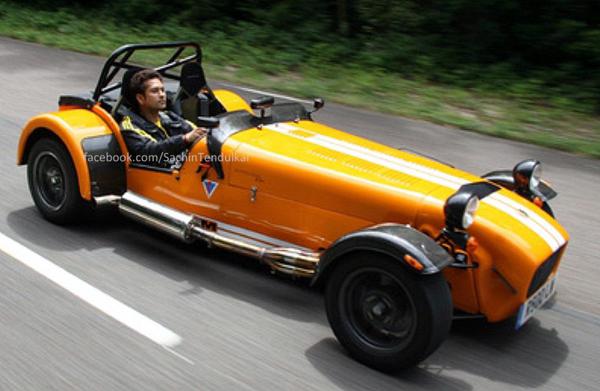 Sachin Tendulkar turns 40, is as passionate about cars as cricket.

Reportedly, Tendulkar's favourite road in India is the Mumbai-Pune expressway, where he often loves to embark on long drives.

Interestingly, Sachin Tendulkar and his family moved into a new house in Bandra area of Mumbai during 2011. This bungalow is a five-storey house, which has two basements, one of which has been designed with space for housing 45-50 cars. It is clear that the master batsman would probably buy a lot many cars in the future, possibly giving competition to other celebrities and millionaires such as Amitabh Bachhan and Vijay Mallya.