Nissan Small Cars Made in India?

Japanese car maker Nissan is contemplating its options to shift its small car manufacturing base to India. This is a pleasant piece of information, considering that China is not into consideration. The small car market in India is a boon in disguise as car makers are opting to encash the opportunities in India locally for this segment too. 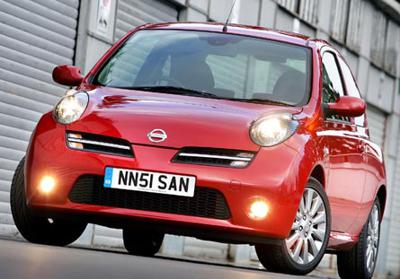 “We have decided to manufacture the Micra at our upcoming factory at Oragadam, near Chennai,” Nissan India MD and CEO Kiminobu Tokuyama said. The company is in the final stages of developing a global strategic small-car platform from which the first product to roll out would be the India-made Micra (or March) hatchback in June next year.

Nissan intends to capture at least 6 percent market share in India in next three years. Nissan will roll out at least nine different cars in India over a 7 year horizon. The car plant will not only manufacture Micra but also an unnamed sedan and another model. Thereafter, the existing CBU lineup of 'Teana' and 'X-Trail' would be augmented with the '370 ZX' global sports model early next year, followed by another CBU model.

Hyundai to Shift Part of Manufacturing Base to Europe