Nissan India, the domestic division of Japanese auto maker, has been felicitated with two titles by the Limca Book of Records for its pioneering ‘New Star of India’ digital campaign. This campaign, which starred the Bollywood actor Ranbir Kapoor, has been known to be the first such film that has conducted the online dance auditions via Facebook. Reportedly, 20 co-stars, which were voted by public, performed alongside Ranbir Kapoor in this innovative short movie. This digital campaign was aired in March last year and was widely appreciated by the Indian audience. 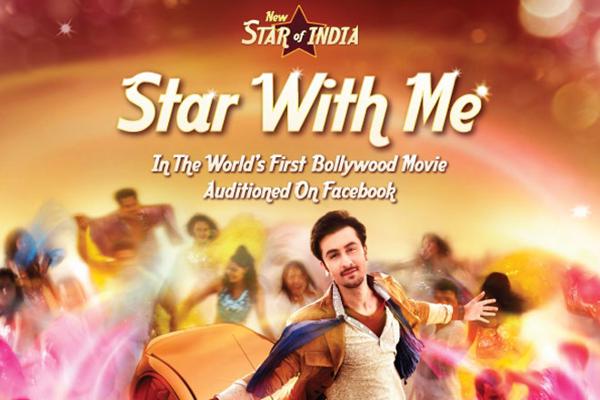 Interestingly, this short movie was also appreciated for showcasing 29 blue-coloured Micra cars, which has been the highest number of same colour and same brand cars ever features in a short film. Expressing his views on this remarkable achievement, the Managing Director and Chief Executive Officer of Nissan Motor India, Takayuki Ishida was quoted as saying, “We are absolutely delighted to be recognised by the Limca Book of Records. This demonstrates that when we say we aim to bring excitement and innovation to everything we touch, we mean it. I would like to thank all of our fans for getting involved and helping to make this campaign such a success.”

The Bollywood superstar and brand ambassador of Nissan, Ranbir Kapoor said, “I was incredibly excited to be involved in this ground-breaking movie with Nissan, which had not been attempted by anyone before. The concept of taking 20 young, enthusiastic people from their homes to the movie set caught my attention immediately. I would like to extend my sincere gratitude to the team at Nissan for giving me this golden opportunity to be a part of this record breaking movie and thank Limca Book of Records for appreciating our efforts.”

Reportedly, the company introduced the unique online talent hunt in October 2011 at www.facebook.com/nissanindia with more than 2,500 participants being a crucial element. The participants were asked to upload their short videos on the Facebook page, which was then short listed by the jury of Nissan Motors. Winners of this event were selected on the basis of votes by audience and final judgement by Director Ahmed Khan and Ranbir Kapoor. It must be noted that this online programme grab the attention of more than 5,21,000 followers by March 2012.

Reportedly, the Limca Book of Records lists down the accomplishments of Indians across different fields, which includes firsts, discoveries, inventions, honours and awards received at abroad or on domestic turf, mainly in all fields of human endeavour.

Auto makers coming up with goodies and freebies in March 2013