General Motors, the well appreciated American car maker, has introduced a reworked version of its flagship hatchback Beat in the Indian auto market. Reportedly, the model has received some minor upgrades, which are expected to lure the hearts of Indian buyers. Industry experts are of a view that the recently introduced model will square off against the likes of Micra Active. Experts also believe that with the launch of so many models in same space, the price competition has become quite furious and is making the segment crowded. 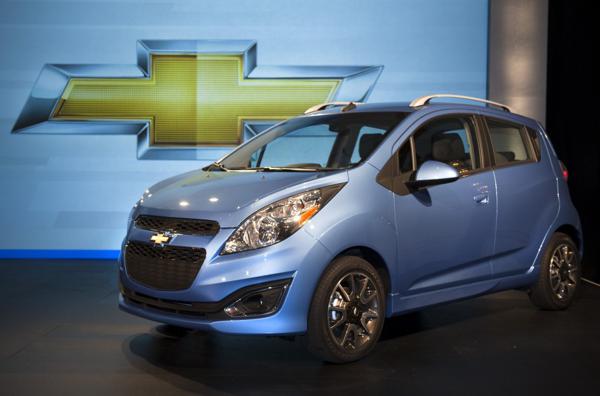 Considering the features offered within the new Beat, contrasting silver inserts at the dashboard as well as seat upholstery and height adjustable driver's seat are few highlights of the same. Sources close to the development process stated that the auto maker has might introduced the new model of Beat on the basis of feedback it received from customers.

As far as technical configuration is concerned, no modifications has been made in the engine of Beat. It must be noted that the engine of this model is highly versatile and is offered with three fuel options, namely diesel, petrol and LPG. The new model comes fitted with a 1.2 litre petrol engine, which churns out a maximum power of 79 bhp at 6200 rpm with a highest torque of 108 Nm at 4400 rpm. Along with, the diesel guise of Beat has been incorporated with a 1 litre XSDE SMARTECH engine, which belts out a maximum power of 57 bhp and 150 Nm of peak torque.

It must be noted that Chevrolet has introduced two models in the B and B+ segment, and both of them did not had height adjustable seats. However, the auto maker has come up with a solution for this as it launched a new model of the Chevrolet Beat. Auto analysts believe that it will be interesting to see that how the new model fairs in the Indian auto market, which is currently going through not so good times.