The 1.5-litre diesel model of the Hindustan Motors Ambassador car has received BS IV compliance certification from the Automotive Research Association of India (ARAI). Powered by a performance oriented engine, the 1.5-litre diesel Ambassador cleared a number of tests set by ARAI, which included On Board Diagnostics II (OBD II), mass emission and others pertaining to Rule 115 of Central Motor Vehicles Rules (CMVR), 1989. 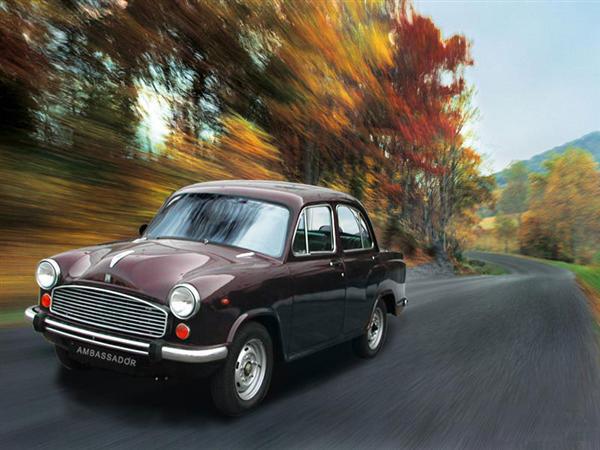 This is being seen as a highly positive development for the new Ambassador. After receiving BS IV compliance certification, the car is open to be sold in around 17 prominent domestic regions. The list includes metros like Kolkata, where selling of BS III vehicles has been prohibited since April 2010. The auto maker has begun its work on the manufacturing of the new BS IV compliant Ambassador at the Uttarpara plant located in Hooghly, West Bengal.

Hindustan Motors is happy with this recent development, which is the result of a high level of dedication and commitment. Uttam Bose, the Managing Director and Chief Executive Of Hindustan Motors, explained, “We had been working on upgrading our Ambassador 1.5-litre diesel car to match BS IV norms for over a year. We are happy that our efforts have borne fruit and we have received certification from ARAI after passing rigorous tests. This has demolished the myth that Hindustan Motors cannot upgrade its existing engines. Moreover, this opens hitherto forbidden markets where this vehicle commands enviable loyalty in the taxi segment. We expect our sales to grow significantly within a few months.”

The firm has been quite pro-active regarding the production of the new Ambassador. Sometime back, Hindustan Motors showed the car to top officials of various taxi associations in Kolkata. The new vehicle underwent a rigorous driving schedule on the test track present at the Uttarpara facility. Results of the extensive test drive revealed that the new car was much better than the present BS III compliant model. According to Hindustan Motors, the car had reasonable emission levels along with better power, torque, cooling and gradient negotiation capacity. In addition, the new Ambassador offers improved driveability while sustaining the fuel efficiency.

Formed in the pre-independence period in Gujarat, Hindustan Motors Limited is a flagship venture of the CK Birla Group, which has a multi-billion dollar valuation. After operating in Gujarat during initial years, the firm moved its activities to Uttarpara in 1948. Uttarpara is located in the Hooghly district of West Bengal. Notably, this facility in West Bengal is the place where Hindustan Motors commenced manufacturing of the iconic Ambassador car.

Hindustan Motors' plant has several integrated facilities like foundry, press shop, machine shop, forge shop and aggregate assembly units for engines. As of now, the firm sells products in the passenger and light commercial vehicle segments. The Ambassador car is available in diesel (1500 cc and 2000 cc), petrol (1800 cc), LPG and CNG versions. In the light commercial vehicle segment, it manufactures the Winner payload mini-truck (1.5-litre diesel and 2.0-litre diesel) and CNG model of the Winner 1.8 XD PLUS (CNG). All these vehicles, along with auto components, are produced at the Uttarpara plant.

The CK Birla Group owned auto maker is also a part of a technical collaboration with Japan-based Mitsubishi Motors Corporation. As a part of this venture, Hindustan Motors has both manufactured and marketed some premium passengers cars from Mitsubishi at the Thiruvallur plant.

New Skoda Octavia to be unveiled in August