The current generation Jeep Wrangler has been around since 2007. The American SUV will be replaced by a new generation JL Wrangler this year, and has been spied undergoing tests in Detroit. 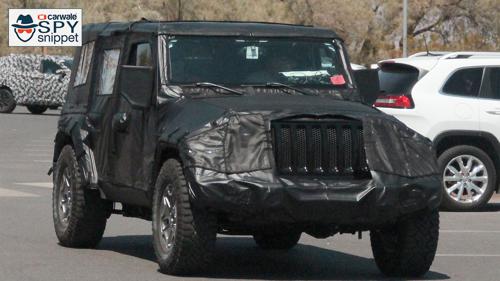 The highly camouflaged test mule revealed a new feature – a backup camera, which is never seen on a Wrangler before. The grille seemed revised but the camouflage conceals the headlamps and taillights revealing no details of how the new generation Wrangler might look like. The LED treatment on the fascia is imminent though. The new gen Wrangler will make extensive use of lightweight materials like aluminium in a bid of weight reduction. It will sport some aerodynamic tweaks and will have a fixed and slightly raked windshield amongst the most significant changes. Underneath all the body, the new-gen Wrangler will stay true to its solid axle and body-on-frame configuration. 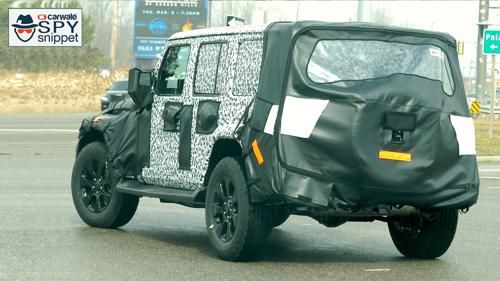 Powering the new gen Wrangler will come be the 3.0-litre V6 Pentastar turbo-diesel engine. Apart from that, a new four-pot turbocharged “Hurricane" engine is expected to join the range as well. A hybrid powertrain has also been rumoured. Transmission choices are likely to be an eight-speed automatic and six-speed manual. The manufacturer affirms that the Wrangler’s off-road credential will be improved along with better ergonomics and efficiency.

There are no details available of when the new-gen SUV will be revealed but the pre-production units will show up soon. Expect the car to make a debut at any of the major American auto expos. The Wrangler is currently being imported as a CBU in India and the new generation is also expected to take the same route with an anticipated launch in early 2018.