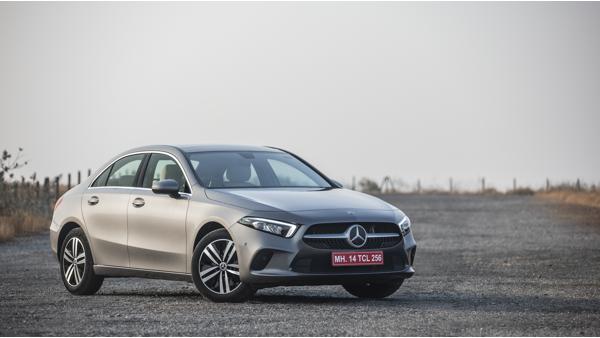 Mercedes-Benz launched the A-Class Limousine in India today at an introductory price of Rs 39.90 lakh (ex-showroom). Interestingly, along with the launch, the German car maker has also announced that it has received a positive response for the luxury sedan from the Indian car buyers taking the Limousine off the shelves for the next two months.

The A-Class Limousine replaces the CLA in India and brings in a wave of a fresh and new design. Up front, the single slat chrome grille, low nose, LED headlights with eyebrow-shaped LED DRLs gives the A-Class an aggressive front. The split LED tail lamps tapering towards the boot, 17-inch alloy wheels, and a panoramic sunroof heighten the overall appeal of the luxury sedan. We have driven the A-Class Limousine in the petrol guise and you can read about it here.

On the inside, the dual-screen setup dominates the dashboard while three signature turbine-shaped aircon vents are placed below. Other highlights include a wireless smartphone charger, leather-wrapped multifunctional sports steering wheel, electrically adjustable front seats, and ambient lighting.

Mercedes offers three engines with the A-Class. The petrol guise is the 1.3-litre engine with 161bhp/250Nm torque while a 2.0-litre diesel can be had with an output of 147bhp/320Nm of torque. A full-loaded AMG trim is also on offers which belts out 301bhp and 400Nm of torque. The A-Class will lock horns against the BMW 2 Series Gran Coupe.