Maruti Suzuki has been the most trusted name in delivering reliable cars. However, the product line of this carmaker has been more of a success in the private vehicle segment rather than the commercial one. This has also forced the brand to focus on the commercial segment, as well. It had launched the Eeco with a target of grabbing the commercial segment. In this aspect, the carmaker had launched a new diesel engine in the later part of 2014. Together with all the reasons, Eeco has been quite a hit in this segment. 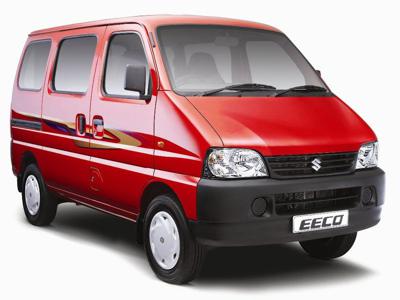 The Eeco vans, which run on the roads today, are inspired from the multi-point injection technology. This allows the car to pump out 73 bhp power at 6000 rpm. The torque output of the car is 101 Nm at 3000 rpm. The petrol as well as CNG variant of the car runs on an 1196 cc Aluminium mill. The car had been quite in the news due to its popularity in the commercial segment. The launch of the diesel mill also bolstered the efficiency of the model.

The starting price of the Eeco is approximately 3254811 INR, whereas the top-end Eeco Green (CNG) is tagged at 424830 INR only. The van has been provided with a large boot space of 540 litres approximately, which can stuff in almost everything. Probably, this has been the major reason for its high success in the commercial vehicle segment.

Maserati Alfieri Concept - Winner of concept car of the year, set for production in 2017