Hindustan Motors, the country’s pioneer auto maker, is framing plans to introduce a hatchback version of its much acclaimed Ambassador model in order to regain its lost position in the market. On this new model, industry experts are of a view that it will receive an image makeover, which will surely grab the attention of masses. Interestingly, the C K Birla group company has recently witnessed a decent growth in its sales, which boosted the morale of company officials to take this ambitious project of introducing the hatchback version of Ambassador before the end of fiscal 2014. 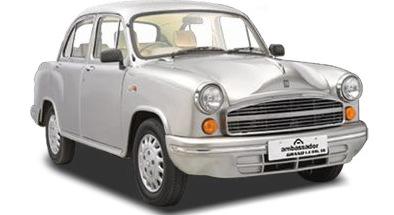 The Managing Director and Chief Executive Officer of Hindustan Motors, Uttam Bose told BS, “We have just started the R&D (research and development) work. This hatchback version of the Ambassador will have all kinds of features and better interior, which a new-age customer looks for.”

Reportedly, the model is currently at the designing process and is expected to be built at the auto maker’s Uttarpara plant on the platform of Ambassador. Bose further added, “The brand name Ambassador will be used for the car. There may or may not be a sub-brand.” Along with, Hindustan Motors also has plans to launch a new sub-four model of metre Ambassador in the second quarter of next fiscal. On this, “In the second quarter of the fiscal, there will be a sub-four metre version. And, by the end of the next financial year, we will come out with an absolutely new model,” Bose added.

Currently, the diesel engine of Ambassador is compliant with BS-III emission norms and thus, its sales are restricted in few parts of the country. Interestingly, the auto maker has garnered a strong foothold in Kolkata, which happens to be the biggest market for the sales of Ambassadors as the state government has exempted the sedan from BS-IV norms, as of now. On this, “In the coming June, we will launch the BS IV-compliant diesel variant of the Ambassador. This will be a replica of the existing model Ambassador, just changing the engine,” he said later.

Sources close to the development process said that the auto maker is preparing to make some fresh investments at its factory in Uttarpara, West Bengal on account of technology upgrade. On this Bose said, “All these will be built at Uttarpara. We have a capacity of 25,000 vehicles a year as of now. We are not utilising more than 10,000. The additional capacity will be utilised once the new products are launched.”

It must be noted that in 2010, the auto maker decided to offer a new look to the Ambassador sedan. For this project, Hindustan Motors availed the services of a Pune-based designing company, Onio Design. However, the tides did not turn out in the favour of auto maker, due to lack of working capital and technological constraints. On this, Bose said that the project started this time had "Nothing to do with the earlier plan."

Expressing his views on the same lines, a senior official of the company said, “It’s an entirely new project, spearheaded by the company's new MD Uttam Bose, who had joined in April last year.” Considering the view of industry experts, they said that the Hindustan Motors is likely to be in a position to seriously work on its new plan, considering that it has witnessed a decent improvement in performance in recent months. Interestingly, the auto company delivered 826 units in February 2013 with an increase of 166 per cent over 310 models sold in the same tenure of 2012. In this sales performance, a major volume was driven by the Ambassador.